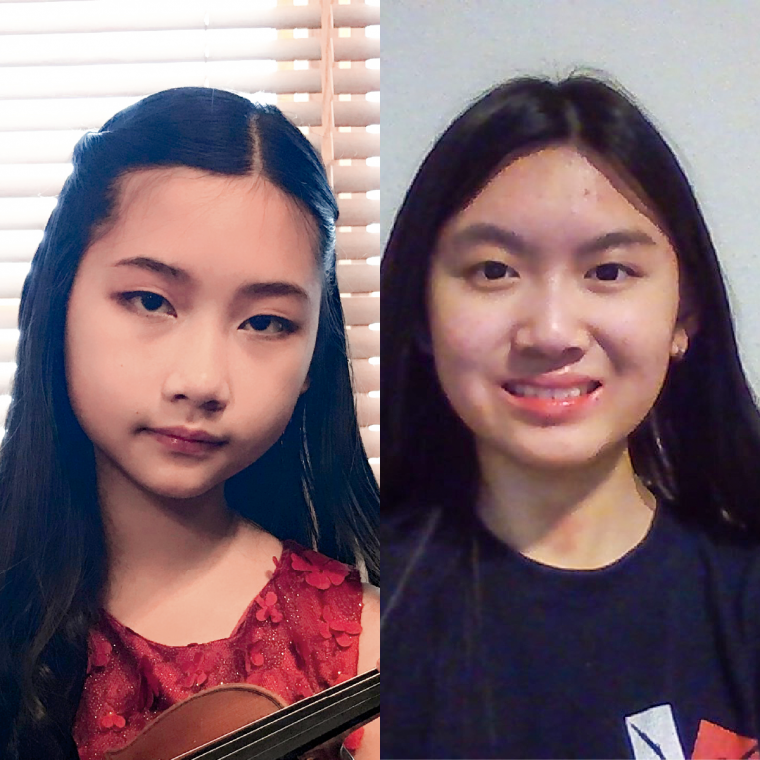 DAVENPORT, IOWA (December 15, 2021) — On Saturday, December 4, 2021, the Quad City Symphony Youth Ensembles (QCSYE) held its annual Concerto Competition. Fourteen confident Youth Symphony Orchestra (YSO) members auditioned to win one of two prizes. The YSO Prize winner is awarded the opportunity to play their concerto at the YSO Finale Concert in May, accompanied by the YSO. The Grand Prize winner performs their concerto with the QCSO at the QCSO/QCSYE Side-by-Side Concert in April. Winners are selected by a committee consisting of professional community musicians from Northwest Illinois and Eastern Iowa.

The winner of the 2021-2022 Grand Prize is violinst Linda Phan. Linda is a student at Pleasant Valley Junior High School. She has been learning the violin for seven years and the piano for six years. Her violin teachers include Mrs Almita Vamos, Mr Davis King, Mrs Sabrina Tabby, Mr Wayne Lee, and Mr Bui Cong Duy. Her piano teachers include Ms Marian Lee and Ms Nguyen Trinh Huong.

She is currently a member of the Quad Cities Youth Symphony Orchestra, the Pleasant Valley Junior High Orchestra, the Quad Cities Youth String Quartet, the Iowa String Teachers Association (ISTA) Junior Honor Orchestra, and the South Eastern Iowa String Teacher’s Association (SEISTA) Honor Orchestra. She has performed in dozens of charity concerts both in Vietnam and the US. In addition, she has taught piano and violin online for eight kids across Hanoi and two other remote provinces in Vietnam.

In December 2021, Linda won 2021 QCYSE concerto competition. In addition, she received the honorable mention in the Intermediate Division of the Federated Music Teachers Association of the Quad-Cities (FMTA) 38th Baroque Piano Competition.

In the summer 2021, she was selected as the concertmaster of the Intermediate Symphony Orchestra (for grades 6-9) at Interlochen Arts Camp. She also played in the Advanced String Quartet at the Camp.

In December 2019, she won the first prize in the Elementary Division of the FMTA Baroque Piano Competition. She also won 2019 QCYSE concerto competition and performed as a soloist with the QCSO in February 2021.

During the two years (September 2017–April 2019) studying at the Vietnam National Academy of Music (VNAM), she played as a soloist three times with its Orchestra, the Junior Maius Orchestra, and the Sun Symphony Orchestra. She received the second prize at the Chiang Mai Ginastera International Music Festival in Thailand in 2018.

The YSO prize winner is Xin-Yan Chan, pianist. Xin-Yan Chan started learning piano at the age of five in Kansas, before moving to Iowa and continuing her learning there four years later. Since then, at the present age of 14, she has been recognized in many different competitions and festivals such as the yearly hosted Federal Music Association festival, in which she made the finals several times. In her free time, she enjoys listening to music, reading, and playing the piano and violin.

Linda will perform the Henri Vieuxtemps’s Fantasia Appassionata with the Quad City Symphony Orchestra at the Side-by-Side Concert in April 2022. Xin-Yan will perform Mozart’s Piano Concerto N° 1 with the YSO on Sunday, May 8, 2022.

The Quad City Symphony Youth Ensembles (QCSYE) program consists of five performance groups (four youth orchestras and a youth choir) for students in grades two through twelve. Under the direction of the outstanding QCSYE conducting staff, members have the opportunity to perform great orchestral and choral repertoire with the most talented young musicians in the area and learn from the mentorship of professional musicians from throughout the region. Ensemble members come from the greater Quad Cities, as well as other communities in southeast Iowa and northwest Illinois.