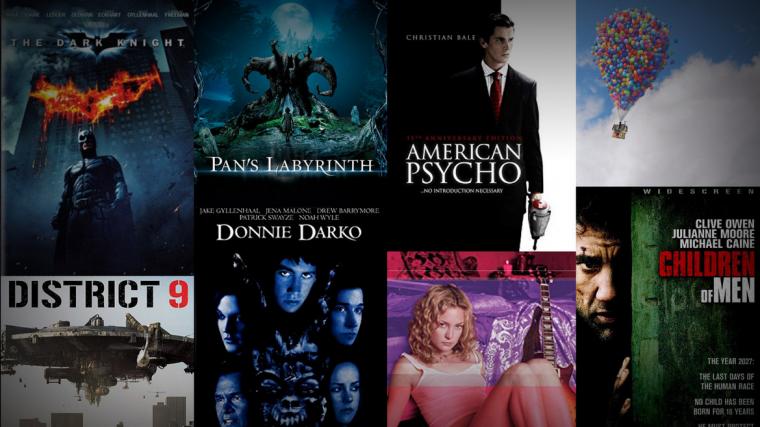 Movie lovers with a firm grasp of recent(-ish) film history can show off their smarts when Bettendorf venue The Tangled Wood hosts 2000s Movies Trivia Night, a May 18 event in which area cinephiles are invited to trade their knowledge for cash prizes while answering questions on cinematic works in the decade of Erin Brockovich, There Will Be Blood, The Dark Knight, and Up.

The decade of the 2000s in film involved many significant developments in the film industries around the world, especially in the technology used. Building on developments in the 1990s, computers were used to create effects that would have previously been more expensive, from the subtle erasing of surrounding islands in Cast Away (leaving Tom Hanks' character stranded with no other land in sight) to the vast battle scenes such as those in The Matrix sequels and 300. The 2000s also saw the resurgence of several genres. Fantasy-film franchises dominated the box office with the releases of The Lord of the Rings, Harry Potter, Pirates of the Caribbean, the Star Wars prequel trilogy (which began in 1999), and other hit series. Comic-book and superhero films became a mainstream blockbuster genre following the releases of X-Men, Unbreakable, and Spider-Man, while Gladiator similarly sparked the revival of epic films and the Bollywood-inspired Moulin Rouge! did the same for musicals. Hong Kong fight choreographers such as Yuen Woo-ping continued their influence in Hollywood with such martial-arts films as Kill Bill: Volume 1 and 2. In addition, film categories not known for their popular appeal in North America became increasingly attractive to moviegoers: foreign language films such as 2000's Crouching Tiger, Hidden Dragon, 2002's Hero, 2004's The Passion of the Christ, and 2006's Pan's Labyrinth. Documentary films including An Inconvenient Truth, March of the Penguins, Super Size Me, and Fahrenheit 9/11 also became very successful.

Computer animation replaced traditional animation as the dominant medium for animated feature films in American cinema (especially with the release of 2001's Shrek), with Pixar, DreamWorks Animation, and 20th Century Fox Animation the dominant animation studios in that decade. This genre further extended to the exploration of motion-capture technology in films such as 2000's Sinbad: Beyond the Veil of Mists, 2001's Final Fantasy: The Spirits Within, and 2004's The Polar Express. Additionally, hand-drawn anime films gained more exposure outside of Japan with releases such as 2002's Oscar-winning Spirited Away, while stop-motion animated films regained popularity with the release of Chicken Run, Wallace & Gromit: The Curse of the Were-Rabbit, and Coraline. In chronological order, the 10 Best Picture Oscar winners for the decade were Gladiator, A Beautiful Mind, Chicago, The Lord of the Rings: The Return of the King, Million Dollar Baby, Crash, The Departed, No Country for Old Men, Slumdog Millionaire, and The Hurt Locker.

2000s Movies Trivia Night begins at 7 p.m. on May 18, participation is free for the all-ages event, and cash prizes will be awarded. Guests are asked to wear face masks when not seated at their tables, and more information on the evening is available by calling (563)949-1000 or visiting TheTangledWood.com.