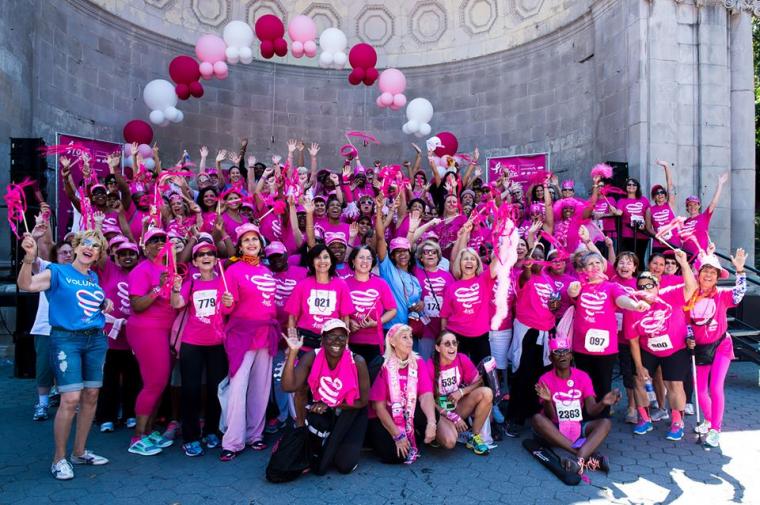 One of the area's most vitally important and well-attended charitable summertime events kicks off in front of Moline's TaxSlayer Center on June 8, with the amphitheater's exterior the starting point for the 2019 Susan G. Komen Race for the Cure Quad Cities, designed to help raise funds for breast-cancer education, research, advocacy, health services, and social-support programs.

Born in Peoria, Illinois, in 1943, Susan Goodman Komen was diagnosed with breast cancer at the age of 33, and died from the disease in 1980 at age 36. Komen's younger sister Nancy Goodman Brinker, who believed that Susan's outcome might have been better if patients knew more about cancer and its treatment, promised her sister before her passing that she would do everything she could to end breast cancer. To fulfill that promise, Brinker founded the Susan G. Komen Breast Cancer Foundation in Komen's memory in 1982. In 2008, the 25th anniversary of the organization, the name was changed to Susan G. Komen for the Cure and trademarked a new logo in support of its promise “to end breast cancer forever.” The new logo – the same one still used today – was a pink ribbon that resembles a runner in motion, and was designed to reflect the importance of Komen's signature Race for the Cure, currently the world's largest fundraising event for breast-cancer education and research.

To date, Race for the Cure has raised more than $2 billion, and while the five-year survival rate for women diagnosed with early-stage breast cancer was about 74 percent in 1980, today that number is 99 percent. Since the event's founding in 1982, the funds raised from Race for the Cure's national research program has also led to investment in cutting-edge research that has helped make major breakthroughs possible, and funding for discoveries in genetics and biology has led to personalized, less-invasive breast-cancer treatments to replace the less-effective “one treatment fits all”approach.

On June 8, the day's schedule for the 2019 Susan G. Komen Race for the Cure Quad Cities begins at 6 a.m. with race-day registration and packet pick-up opens, with the race day expo opening at 7 a.m. A survivor parade will be held outside the TaxSlayer Center at 7:15 a.m., and the three-mile race and 1.2-mile run/walk themselves will begin at 8 a.m., followed by the distribution of post-race awards and the 30th-annual post-race party.

For more information on registering for the 2019 Susan G. Komen Race for the Cure Quad Cities either as a group or an individual, visit KomenGreaterIowa.org.