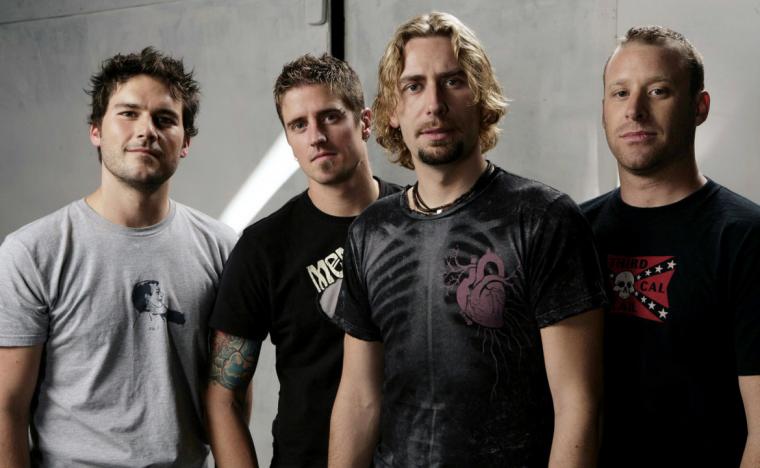 Nickelback at the Mississippi Valley Fair -- July 30 through August 4.

The grandstand events at Davenport's Mississippi Valley Fairgrounds begin with a July 30 performance by Dan + Shay, the chart-topping country-music duo composed of vocalists and songwriters Dan Smyers and Shay Mooney. Grammy Award winners this year for “Best Country Duo Group Performance” and Billboard Music Award winners for “Top Country Duo/Group,” Dan + Shay have found five of their singles and all three of their albums reaching number one on the Country Airplay chart, and their famed collaborators included Rascal Flatts, Lindsey Stirling, and Kelly Clarkson. On July 31, the grandstand welcomes another chart-topping, Grammy-winning country duo in Brooks & Dunn, a showcase for the talents of vocallists/songwriters Kix Brooks and Ronnie Dunn. Founded in 1991, the duo has thus far released 50 singles – 20 of which hit number one on the Hot Country Songs chart and 19 others landing in the Top 10 – and earlier this year, the pair's significant discography earned them induction into the Country Music Hall of Fame.

Country singer/songwriter/guitarist Jake Owen takes the grandstand stage on August 1, performing from a repertoire that includes his 2006 debut Startin' with Me, 2013's Days of Gold, and Greeting from … Jake from this past March. Since achieving chart-topping success with 2011's Barefoot Blue Jean Night, Owen has landed number-one hits with songs such as “Anywhere with You,” “American Country Love Song,” and “Beachin,” and the musician has shared stages with the likes of Kenny Chesney, Brad Paisley, and Jason Aldean. Swapping the grandstand stage's country for rock, August 2 brings with it an evening performance by the California-based Tesla, the group founded in 1981 by bassist Brian Wheat and guitarist Frank Hannon, both of whom are still with the band. With sales of 14 million albums in the United States, Tesla's discography includes 1991's Psychotic Supper, 2004's Top-10 smash Into the Now, and this past March's Shock, and the group's collection of Top-10 singles includes “Love Song,” “Signs,” “What You Give,” and “Mama's Fool.”

More rock comes courtesy of the Canadian alternative-metal musicians of Nickelback, whose August 3 grandstand performance will find them performing from such chart-topping albums as How You Remind Me, Someday, All the Right Reasons, and Photograph. Having sold more than 50 million albums worldwide, Nickelback has seen more than a dozen of its singles (among them “Too Bad,” “Never Again,” and “Far Away”) hit number one on the Billboard charts, with the six-time Grammy nominees winning multiple American Music Awards, Billboard Music Awards, and Juno Awards. And wrapping up the Mississippi Valley Fair's 2018 grandstand acts is country artist Brad Paisley, who has thus far scored 32 Top 10 singles on the U.S. Billboard Country Airplay chart, 19 of which have reached number one. Paisley has sold over 11 million albums and has won three Grammy Awards, 14 Academy of Country Music Awards, and 14 Country Music Association Awards, and has earned country music's crowning achievement by becoming a member of the Grand Old Opry.

More than two dozen additional area bands and performers will entertain crowds at the fairgrounds' Pavilion, Farmer's Tent, and Shed stages, with the fair's events including animal shows, arts-and-crafts activities, games, parades, displays, and much more. Daily hours for the 2018 Mississippi Valley Fair are 7 a.m. to midnight (buildings open at 9 a.m.), gate admission is $5-10 daily, and Fun Cards required for entry into the grandstand concerts are $75. For more information on this year's fair, call (563)326-5338 or visit MVFair.com.