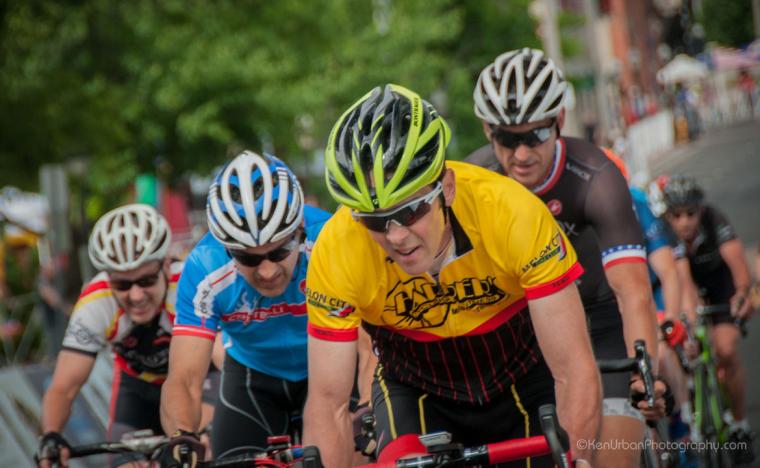 Hosted by the Quad Cities Bicycle Club and beginning at 9 a.m., an eagerly anticipated Memorial Day tradition returns for its 54th year in the May 27 Quad Cities Kwik Star Criterium – a Village of East Davenport event featuring hundreds of adult and youth cyclists participating in 12 bicycle races, with over $10,000 in cash prizes awarded throughout the day.

The history of the Quad Cities Criterium is interwoven with that of the Quad Cities Bicycle Club. On January 10 of 1964, interested bicyclists were invited to attend the first meeting of this organization that had specific missions; to promote, encourage, and support safe participation in bicycle riding of all ages and abilities, and to anticipate and address the needs and interests of all aspects of bicycling in the Quad Cities area. In September of that year, a race was held in East Moline that drew more than 40 participants and an estimated crowd of nearly 3,000 spectators, and prompted the start of a race in Moline's Seventh Street area in May of 1965. Fifty-one riders competed that year, yet by the time of the 1998 race – with the Criterium having relocated to downtown Rock Island – that number had grown to 568, with roughly 18,000 spectators in attendance.

The 2019 Quad Cities Kwik Star Criterium will also feature children's activities including the Koehler Electric Kids Race starting at 3:10 p.m., with entrants ages three to nine receiving a medal, a Quad Cities River Bandits ticket, and an ice-cream cone from Lagomarcino's. For more information on the May 27 event, visit QuadCitiesCriterium.com.