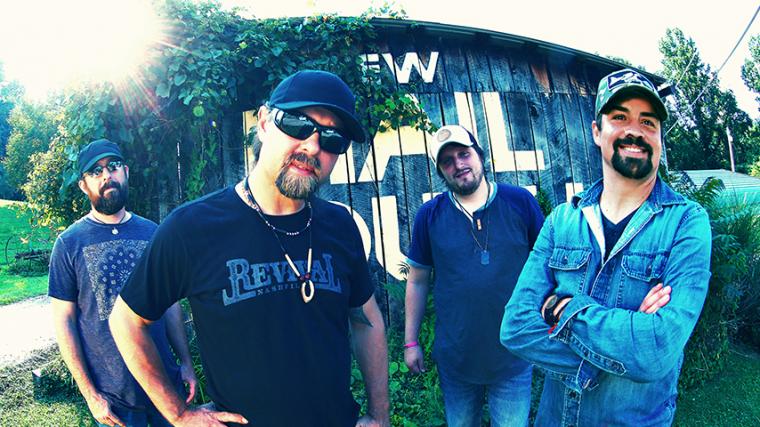 Exhibits, displays, games, cookouts, fireworks, local and national country musicians, and even a beauty contest for trucks will be on hand in the 40th Annual Walcott Truckers Jamboree, the July 11 through 13 event held at the Iowa 80 Truck Stop in celebration of America's big rigs and those who drive them.

Headlining Thursday's festivities is an evening concert with the Davisson Brothers Band, the touring country ensemble composed of siblings Chris Davison (lead and slide guitar) and Donnie Davisson (rhythm guitar), Russell Reppert (bass guitar), and Aaron Regester (drums). Released in 2009, the groiup's self-titled debut album reached number 26 on Billboard's Top Heatseekers chart and number 40 on the Country chart, with the musicians' sophomore album Fighter hitting number three on the Heatseekers chart and number 20 on Billboard's Independent roster. The Davisson Brothers Band's 7 p.m. show will be preceded by a 5 p.m. set with the country-music talents of the Quad Cities' Dani Lynn Howe Band, and the day will also boast an 11 a.m. pork chop cookout, the 1:30 p.m. Truckers Olympics, and a night-closing fireworks presentation.

On Friday, the concert headliners for the Truckers Jamboree are the country-pop musicians of Sawyer Brown, whose professional break came from winning the grand prize on television's Star Search competition in 1981. Since then, the group has released 18 studio albums and has charted over 50 times on Billboard's Hot Country Songs chart, with these of those country tunes number-one hits: “Step That Step,” “Some Girls Do,” and “Thank God for You.” Sawyer Brown is also the recipient of a 1985 Country Music Association Award and three CMT Country Music Awards, with the Academy of Country Music, in 1997, naming the musicians “Vocal Group of the Year.” Local country-music talents Lindsay Lawler and Natalie Stovall perform a 5 p.m. set prior to Sawyer Brown's 7 p.m. concert, and in addition to the day's Truckers Olympics, cookout, and fireworks display, there will be a 2:30 p.m. 100th Birthday Party celebrating the 1919 International and 1919 Pierce Arrow.

For the final day of the Truckers Jamboree, Saturday's concert headliners are the country rockers of The Kentucky Headliners, who have thus far released eight studio albums, three compilations, and 23 singles, with 1990's “Oh Lonesome Me” peaking at number eight on the Billboard charts. The Kentucky Headhunters also won a 1990 Grammy Award for “Best Country Performance by a Duo or Group with Vocal” for Pickin' on Nashville, plus three Country Music Association Awards and an Academy of Country Music Award. The final day of the Truckers Jamboree will also feature winners of the Trucker Olympics and a 3 p.m. awards presentation celebrating the victors of the annual Super Truck Beauty Contest, plus a final pork-chop cookout and the tasty 9 a.m. opening of the “40th Anniversary Donut Wall.”

Each day of the 40th Annual Walcott Truckers Jamboree will also boast games, antique trucks on display, food and beverage vendors, and more, admission is free, and more information is available by visiting Iowa80TruckStop.com.