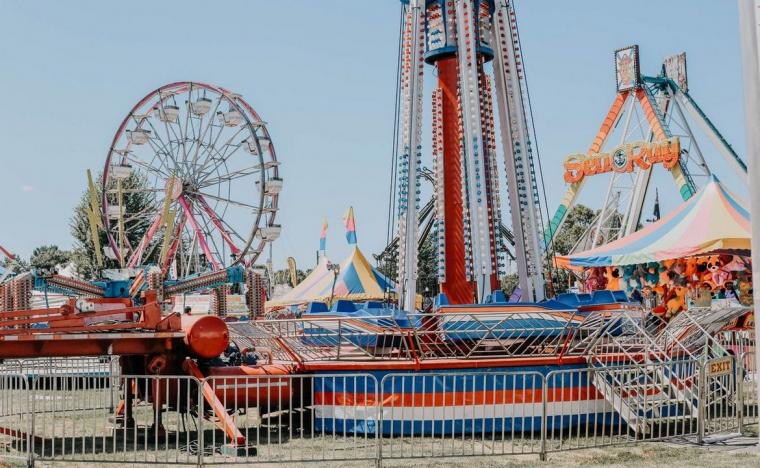 This year's grandstand acts open on August 3 with country-music sensation Jason Aldean, whose ninth studio album 9 debuted at the top spot on Billboard’s Country Albums chart . All eight of Aldean’s previous studio albums were certified gold or platinum by the RIAA, while also boasting 15 billion streams and more than 18 million albums sold, as well as 23 radio chart-toppers. August 4 brings with it a grandstand performance by the musicians of Locash, who fuse modern country and classic heartland rock with an edgy vocal blend. With two albums and eight charting singles to their credit, Locash broke out in 2015 with their gold-certified hit “I Love This Life,” followed by the flirtatious number-one smash “I Know Somebody” – their first trip to the top of the Country radio airplay charts – and 2017’s fun-loving romantic anthem “Ring on Every Finger.”

On August 5, the Mississippi Valley Fair's grandstand stage welcomes the multi-platinum-selling, record-breaking rockers of Shinedown. Composed of Brent Smith on vocals, Zach Myers on guitar, Eric Bass on piano, and Barry Kerch on drums, Shinedown has sold more than 10 million albums and 10 million singles worldwide, earned 13 platinum and gold singles, five platinum and gold albums, and 15 chart-topping Active Rock hits, and has amassed more than 1.5 billion total streams. August 6, meanwhile, features a grandstand performance by the Nashville-based artists of Old Dominion. The country and pop group's albums Meat and Candy, Happy Endings, and Old Dominion have accounted for multiple chart entries on the Billboard Hot Country Songs and Country Airplay charts, and on the latter, they have reached the number-one position with "Break Up with Him," "Song for Another Time," "No Such Thing as a Broken Heart," "Written in the Sand," "Hotel Key," "Make It Sweet," and "One Man Band."

The August 7 grandstand headliner is Armanda Christian Pérez, the rapper and Latin hip-hop steward more commonly known as Pitbull. Having sold more than 25 million studio albums and more than 100 million singles worldwide, Pitbull has is excess of 15 billion views on YouTube, and was ranked by Billboard as the 45th Top Artist of the 2010s and the 24th Top Latin Artist of the 2010s. And the Mississippi Valley Fair's grandstand acts for 2021 wrap up with an August 8 performance by country superstar Craig Morgan. With his five studio albums accounting for 17 singles on the Billboard Hot Country Singles charts, Morgan's "That's What I Love About Sunday", was the first chart-topper for the Broken Bow label and 2005's number-one country-music single on the Billboard year-end charts. Six more of Morgan's singles have reached the Top 10, as well: "Almost Home," "Redneck Yacht Club," "Little Bit of Life," "International Harvester," "Love Remembers," and "Bonfire."

With the fair's August 3 through 8 events including animal shows, arts-and-crafts activities, games, parades, displays, and much more, more than two dozen additional area bands and performers will entertain crowds at the fairgrounds' Pavilion, Farmer's Tent, Shed, and Oldies stages. Daily hours for the 2018 Mississippi Valley Fair are 7 a.m. to midnight (buildings open at 9 a.m.), gate admission is $5-10 daily, and $75-90 Fun Cards or WLLR Cards are required for entry into the 8 p.m. grandstand concerts. For more information on this year's fair, call (563)326-5338 or visit MVFair.com.