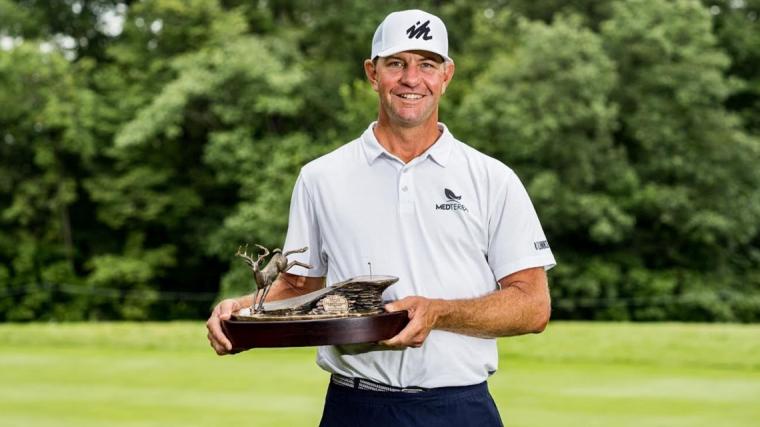 Designed to bring some serious swing into the summer, the John Deere Classic returns to Silvis' TPC at Deere Run from June 29 through July 3, with this professional golf tournament on the PGA Tour taking place two weeks before the Open Championship for the first time in its 50-year history.

Since 2004, the John Deere Classic has been scheduled only one week before the Open with the exception of the 2016 tournament, when it was played concurrent with that August's Rio Olympics in August. (From 1999 to 2002, it was played the week after the Open.) According to John Deere Classic tournament director Clair Peterson, "The new date will give us the opportunity to attract players who otherwise might not have considered the John Deere Classic because they felt the need to travel to the United Kingdom the week before The Open. Now we have a chance to attract those players.”

The John Deere Classic began as the Quad Cities Open in 1971 and was first designated a “satellite event” on the PGA Tour. It became an official tour event in 1972, and from the event's inception in through 1974, it was played at Crow Valley Country Club in Davenport. It then moved to Oakwood Country Club in Coal Valley Illinois from 1975 to 1999, with Johnny Carson's beloved Tonight Show sidekick Ed McMahon serving as tournament host from 1975 to 1979. Beginning in 2000, and except for the summer of 2020, the event has been held annually at the TPC at Deere Run.

In 2005 and 2006, the tournament generated more media coverage because of the sponsor's exemptions given to teenager Michelle Wie. In 2005, the tournament's storyline also revolved around Sean O'Hair, whose win qualified him to play in the British Open the following week and was a significant part of his PGA Tour Rookie of the Year season. The 2013 edition of the John Deere Classic saw Jordan Speith, two weeks shy of his 20th birthday, become the first teenager to win on the PGA Tour since 1931. In last year's John Deere Classic, ultimate champion Lucas Glover earned his fourth victory of his PGA Tour career, and qualified for the FedExCup Playoffs for an 11th time, advancing to the BMW Championship and finishing the season number 46 in the FedExCup standings. Glover snapped a victory drought of more than 10 years with the win at TPC Deere Run, shooting a final-round 64 to win the John Deere Classic by two strokes.

As the 51st John Deere Classic is closed to the public on June 27 and 28, the public events run June 29 through July 3, with scheduled events taking place through the tournament's 5:30 p.m. trophy presentation on Sunday. Ticket prices begin at $40 for a Grounds Pass, ages 15 and under are free with a paid adult, and those who register in advance for the Military Appreciation Program receive free admission for active and retired military/veterans and a guest. For more information and tickets, visit JohnDeereClassic.com.