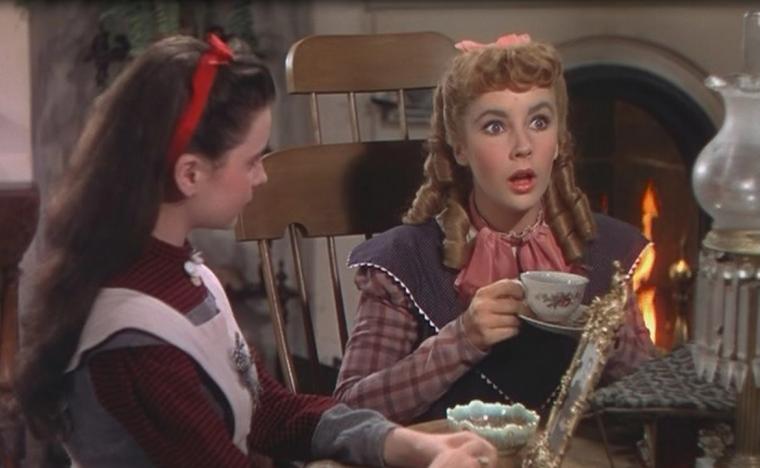 Fans of Louisa May Alcott, Elizabeth Taylor, Claire Danes, and/or the comforts of tea can enjoy a trip back in time on November 24, when Davenport's Putnam Museum & Science Center hosts an afternoon tea along with screenings of Little Women, the Alcott classic being shown in both its Oscar-winning 1949 version and its Oscar-nominated 1994 adaptation.

As its millions of admirers know, Little Women is author Alcott's autobiographical account of life with her three sisters in Concord, Massachusetts, in the 1860s. With their father fighting in the American Civil War, sisters Jo (the novel's protagonist and Alcott surrogate), Meg, Amy, and Beth grow up at home with their mother, a very outspoken woman for her time. Little Women subsequently tells of how the sisters grow up, find love, and find their place in the world, and Alcott's material has been adapted more than a dozen times into movies (with a new version due in 2019), TV specials, and mini-series, as well as into a 2005 Broadway musical and 1998 opera.

Held in conjunction with the current exhibition Literary Heroines: Their Times, Their Fashions, the museum's Saturday-afternoon event allows guests to choose which of two version of the timeless tale they can view on the Putnam's giant screen. At noon, the venue will present the 1949 Little Women, the Oscar-winning classic featuring June Allyson as Jo, Margaret O'Brien as Beth, Janet Leigh as Meg, and a young Elizabeth Taylor as Amy. And at 4 p.m., 1994's Little Women will be screened, its cast boasting Winona Ryder as Jo, Claire Danes as Beth, Kirsten Dunst as Amy, and Christian Bale as the March family's trusted friend Laurie. In between the screenings, an afternoon tea will be held from 2 to 4 p.m., allowing museum guests to enjoy beverages and snacks, walk through the halls of Literary Heroines, and interact with some of the in-character heroines portrayed in the exhibit.

Admission to the afternoon tea and Little Women screening is $25, and includes an 1860s photo opportunity and admission to the Literary Heroines exhibition. For more information, call (563)336-7295 or visit Putnam.org.