Fred Armisen: “Comedy for Musicians but Everyone Is Welcome,” May 17 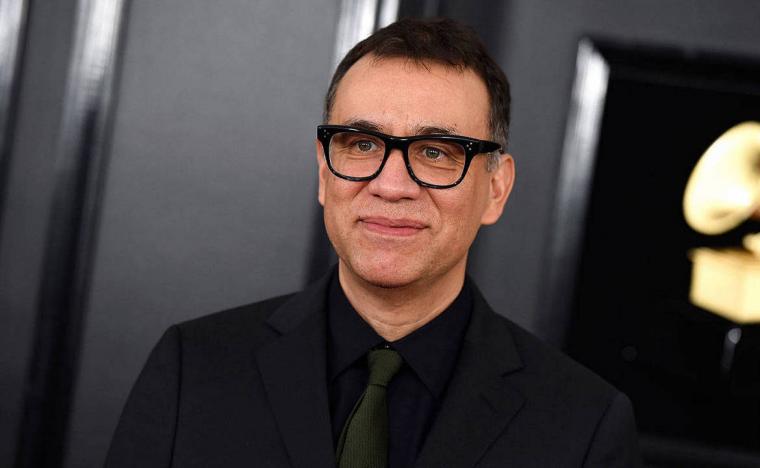 On May 17, a night of uproarious comedy blends with a night of unforgettable music at East Moline venue The Rust Belt, where Fred Armisen – the Emmy Award-nominated actor/writer/musician beloved from Saturday Night Live, Portlandia, and many other TV and film entertainments – headlines the special Moeller Nights presentation Comedy for Musicians but Everyone Is Welcome.

Having been nominated for 11 Emmys including Best Supporting Actor in a Comedy Series, Armisen is probably best-known for his 2002-2013 tenure on Saturday Night Live, where he played dozens of hilarious recurring characters and his list of adored celebrity impressions included those of Barack Obama, Prince, Steve Jobs, and even Queen Elizabeth II. Alongside Carrie Brownstein, Armisen also co-starred on (and was Emmy-nominated for) the Peabody Award-winning sketch-comedy series Portlandia from 2011 to 2018, and with his Saturday Night Live castmates Bill Hader and Seth Meyers, we wrote, produced, and starred in the three seasons of the IFC mockumentary series Documentary Now! Armisen's additional film and TV credits include roles in Anchorman: The Legend of Ron Burgundy, Deck the Halls, 30 Rock, and Unbreakable Kimmy Schmidt (where he played the notorious Robert Durst), and he has delivered vocal performances for such animated series as The Simpsons, Bob's Burgers, and Big Mouth.

Yet beyond his comedy gifts, Armisen has also enjoyed a significant career as a musician, having been a drummer with the Chicago-based rockers of Trenchmouth from 1988 to 1996. Founded after Armisen dropped out of New York's School of Visual Arts and moved to Chicago, Trenchmouth released five studio albums after its EP debut Kick Your Mind and Make It Move in 1991, and was known for a musical style that blended rock with genres including funk, reggae, and Latin music. Armisen extended his musical range by serving as a composer for Portlandia and Late Night with Seth Meyers. And beyond crooning off and on through his 11 years on Saturday Night Live, the talents of Armisen the vocalist can be heard in his TV appearances on Crazy Ex-Girlfriend, The Last Man on Earth, and Documentary Now!

Fred Armisen brings his Comedy for Musicians but Everyone Is Welcome show to East Moline's The Rust Belt on May 17, admission to the 8 p.m. show is $30-35, and more information and tickets are available by visiting MoellerNights.com.