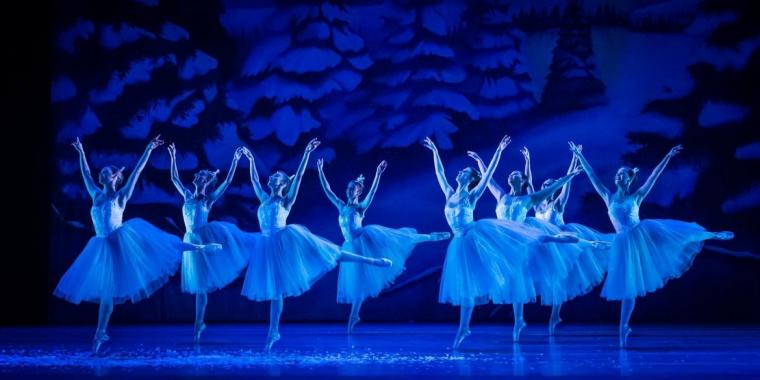 Ballet Quad Cities' “The Nutcracker" at the Adler Theatre -- December 11 and 12.

For the first time since 2019, one of the Quad Cities' most adored holiday traditions returns to Davenport's Adler Theatre when the professional talents of Ballet Quad Cities perform Tchaikovsky's holiday dance classic The Nutcracker. A December 11 and 12 event boasting new choreography and staging by Artistic Director Courtney Lyon and Artistic Associate Emily Kate Long, the eagerly awaited family experience will feature live musical accompaniment by Orchestra Iowa, as well as the return of guest artist Domingo Rubio, the longtime portrayer of the company's dancing Dracula.

Adapted from the 1816 story by E.T. A. Hoffman and debuting as a two-act ballet in 1892, The Nutcracker tells of the magical adventures of Clara, a young girl who falls asleep on Christmas Eve and dreams of an enchanted world filled with dancers from many continents, ambulatory toys, an ethereal Sugar Plum Fairy, and much, much more. With Pyotr Ilyich Tchaikovsky contributing perhaps the richest and most instantly recognizable of his compositions, The Nutcracker has been a holiday perennial worldwide for generations, whisking audiences to such delightfully otherworldly realms as the Land of Sweets, the Land of Snow, and a battleground for soldiers and mice. Tchaikovsky's ballet has also been the subject of innumerable film and TV adaptations, with familiar portions of its score referenced in everything from Disney's Fantasia to The Simpsons to Grand Theft Auto V.

Ballet Quad Cities' The Nutcracker will be performed in downtown Davenport at 2:30 and 7:30 p.m. on December 11 and 2:30 p.m. on December 12, admission is $14-36 with discounts for groups of 10 or more, and tickets are available by calling (800)745-3000. For more information on this year's performances, visit AdlerTheatre.com and BalletQuadCities.com.