“The Bauhaus: An Experiment in Art and Design Education,” May 18 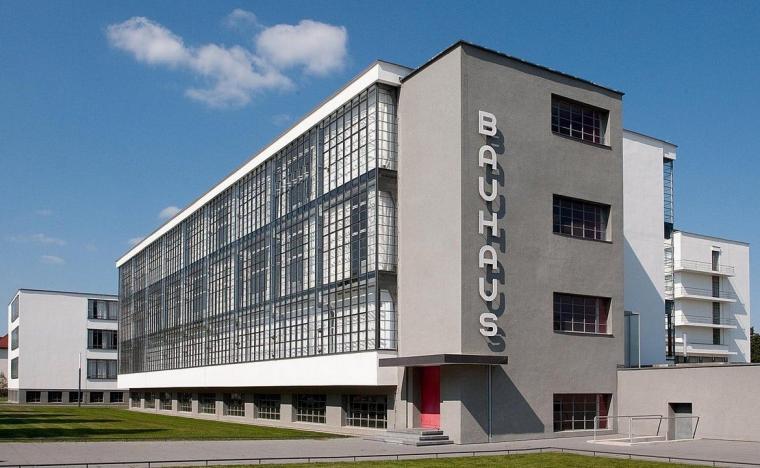 “The Bauhaus: An Experiment in Art and Design Education” at the German American Heritage Center -- May 18.

Held in conjunction with the German American Heritage Center's current exhibition Enter the Bauhaus: Philosophy of Modern Design and the centenary of its origins, the Davenport venue will host the May 18 presentation The Bauhaus: An Experiment in Art and Design Education, with Friends of Vander Veer president Wynne Schafer giving guests an in-depth look at the many facets of this historically notable artistic style.

Germany's Staatliches Bauhaus, more commonly known as the Bauhaus, was a German art school operational from 1919 to 1933 that combined crafts and the fine arts. Founded by Walter Gropious in Weimar, the German term Bauhaus – literally "building house” – was understood as meaning “school of building.” But despite its name and its founder being an architect, the Bauhaus did not initially have an architecture department. Nonetheless, it was founded upon the idea of creating a Gesamtkunstwerk (“a 'total' work of art”) in which all the arts, including architecture, would eventually be brought together. The Bauhaus style later became one of the most influential currents in modern design, Modernist architecture, and art, design, and architectural education. The Bauhaus movement had a profound influence upon subsequent developments in art, architecture, graphic design, interior design, industrial design, and typography.

The Bauhaus Movement came to define a type of Modernism known as the International Style. Simplistic in design, International art and architecture stressed functionality over all else, and sought to challenge the ways that buildings, art, and even decorative objects like chairs could be used. Works tended to be geometric, plainly colored or white, and useful, and decorative Bauhaus arts complimented International Style spaces with minimalist designs that stressed the concept of harmony between the object and its functionality. It was believed that art could be beautiful without ceasing to be useful, and decorative crafts, utilized as furniture or textiles in a home, were a big part of this. Today, the Bauhaus influence can be found in art and designs all over the world, whether within the walls of museums or on suburban streets, and is renowned for both its unique aesthetic that inventively combines the fine arts with arts and crafts as well as its enduring influence on modern and contemporary art.

Wynne Schafer presents The Bauhaus: An Experiment in Art and Design Education at the German American Heritage Center on May 18, admission to the 2 p.m. discussion is free with $3-5 museum admission, and more information is available by calling (563)322-8844 or visiting GAHC.org.