Ballet Quad Cities' “Alice in Wonderland,” April 30 through May 2 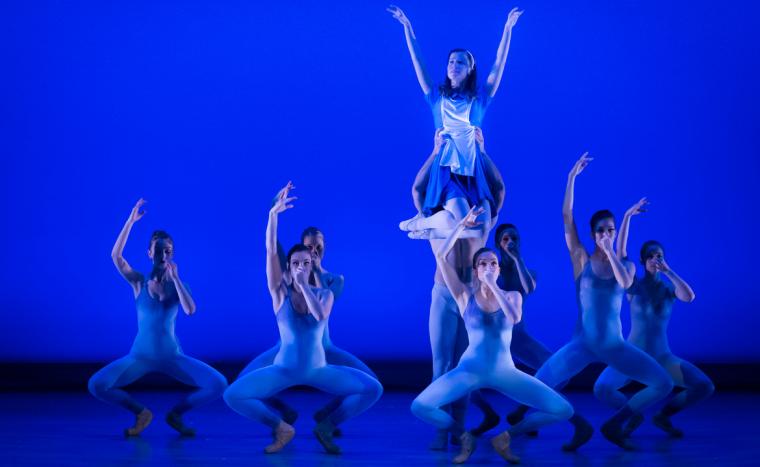 Ballet Quad Cities' "Alice in Wonderland" at the Outing Club -- April 30 through May 2 (photo from 2018 production).

A Lewis Carroll storybook classic will soon be given stage treatment by the professional talents of Ballet Quad Cities, with the Rock Island company delivering four performances of Alice in Wonderland from April 30 through May 2. But unlike so many live entertainments of late, the decision to bring the ballet to Davenport's Outing Club, as Artistic Director and Alice choreographer Courtney Lyon states, had little to do with the current pandemic. It had more to do with a three-year-old snowstorm.

“We did this ballet three years ago,” says Lyon, who employed the music of Tchaikovsky for her original take on Carroll's tale. “We did it with Orchestra Iowa and performed it in Cedar Rapids, and then we performed it here at the Adler. But when we performed it in 2018, it was one of those freak-snowstorm weekends in March, and we had, like, a crazy amount of snow. A lot of the ticket holders weren't able to leave their driveways, they were calling us to cancel … And the orchestra and the conductor were on [Interstate] 380 out in Cedar Rapids, and then the highway got shut down.”

Laughing, Lyon continues, “You know how it is with live performances – sometimes there's like that one shot to do it, and that's what happened with that one shot. I mean, you always have a back-up plan, you know, so I dusted off a recording of the score and it turned out fine. But that's how bad that snowstorm was on our one weekend to premiere that ballet. We couldn't get as many people to see it who had wanted to see it.

“But we had done a tremendous amount of work bringing the show to life – all these head pieces and this look that was fantastic. So we thought we'd bring it to the Outing Club, and then people could get, like, a more close-up view of the costumes and the characters, and it would be a really, really fun show for the spring.” 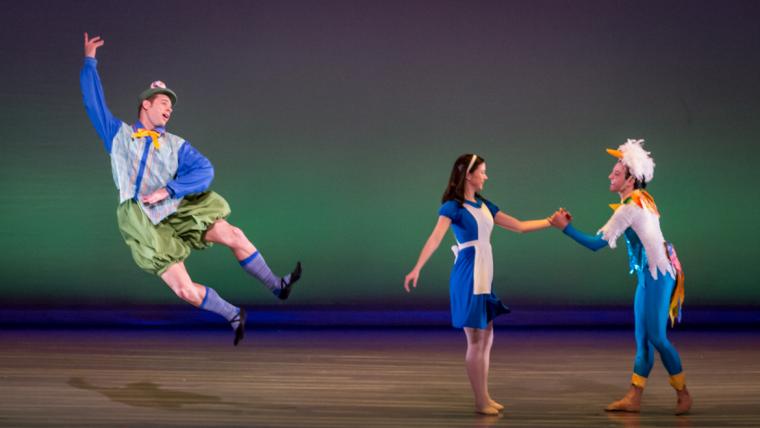 With this production's Alice portrayed by company member Meghan Phillips and frequent guest artist Malachi Squires returning to dance several roles, Lyon says, “We did have to change some things to re-fit the show from the Adler stage to the Outing Club. Like, I couldn't rely quite as much on stage effects – tricks that a lighting designer can do to create different atmospheres and spaces on a larger stage. For example, when Alice falls down the rabbit hole, Gary Holmquist, our lighting designer, had this really cool effect where he had strobe lights and spinning gobos when the orchestra was playing really loud and the music swells … .” With a laugh, she adds, “Obviously, we can't have that. Gary's doing the lights at the Outing Club and he still does a wonderful job, but it's not a theatre. So I've changed some of the parts where I had relied on lights for scenes and scene changes.

“And its ever-so-slightly smaller [in cast size], just because with what happened this past year, we didn't take on any new dancers – which was pretty normal for a lot of companies. A lot of dance companies did not work at all last year. They either had to fold, or cancel their seasons, or didn't bring new dancers in. But we stayed committed to the dancers we had hired for the previous season and said, 'If you stay with us, we'll keep going.' And they trusted us. I think it took a lot of trust for humans in general to make it through this last year.”

Yet with the stage populated by familiar characters such as the White Rabbit, the Cheshire Cat, the Mad Hatter, the March Hare, and a scary and hilarious Queen of Hearts, Lyon says the more intimate Outing Club venue won't detract from audiences' enjoyment in the least. 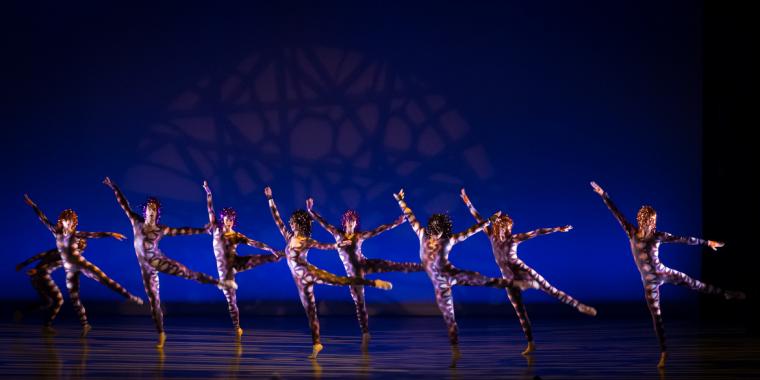 “It's kind of like The Nutcracker,” says Lyon, “where every scene has a new feel and new characters. And our dancers love that kind of stuff – changing characters all those costume changes. They're all in full costumes, and they're fabulous. Just bright and funny and clever, and the head pieces were all made by a woman who lives in Kansas City named Carol Brookover, and she is a true artist. Those head pieces are out of this world.”

Alice in Wonderland will enjoy four productions at Davenport's Outing Club between April 30 and May 2: Friday and Saturday evening performances with dinner at 5:30 p.m. and the shows at 7:30 p.m.; a Saturday matinée with the show at 2 p.m. and beverages and assorted desserts available at 1 p.m.; and a 2 p.m. Sunday show with a Mad Hatter Tea Party – featuring sweets, sandwiches, a variety of teas, and photo opportunities – starting at 1 p.m. Ballet Quad Cities adds that both afternoon performances are nearly sold-out and urges patrons to consider evening seatuing instead.

Tickets range from $25-60, and more information and reservations are available by calling (309)786-3779 or visiting BalletQuadCities.com.