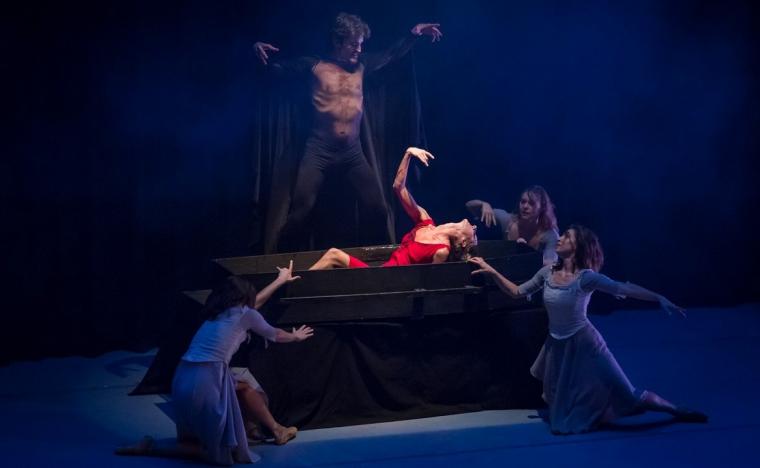 As Ballet Quad Cities' Artistic Director Courtney Lyon states, the company's near-annual performances of Dracula are becoming nearly as popular as the ensemble's seasonal presentations of Tchaikovsky's The Nutcracker. “Nutcarcker is pretty much the biggest thing out there,” says Lyon. “But in terms of dedication and devotion and appreciating the narrative, yes, audiences absolutely love this ballet. For some people, Halloween is just as big as other holidays, and so this is another way of engaging people with seasonal, holiday-themed fun.”

And even though Ballet Quad Cities' Dracula performances are frequent, Lyon adds that they're never the same. “It's living art,” she says. “It's not canned – you're never going to see the same performance from night to night, or year to year. It's always going to be a little bit different. It's not like when Cats goes on tour and their marks are exactly the same and the lighting is exactly the same … . It's like a living thing. And as the company gets stronger and more prominent in the community, we want to make sure that we keep that high level of experience the audience expects.”

One thing audiences generally expect from the Draculas is the fierce dance skill of their titular portrayer Domingo Rubio, who will again visit the area from his residence in Mexico City. A veteran of the esteemed Joffrey Ballet who has appeared on-screen in Save the Last Dance and Robert Altman's The Company, Rubio returns to the role of Stoker's bloodthirsty count in a production filled with seductive vampires, frightening mental patients, and spine-tingling visuals. Reviewing Ballet Quad Cities' 2013 presentation of Dracula, the River Cities' Reader's Thom White wrote, “The sexuality of the piece is intoxicating, with enough horrific elements to both shock and please.” Regarding the ballet's lead dancer, White added that Rubio's “always-graceful arcs and sweeps seemed to emanate from his commanding tone.”

“But what's cool this year,” Lyon says, “is that the visuals will be all different. We're not using our painted backdrops that we've used for maybe the past six years; we're using projects and videos. We're working with a designer that just relocated back to the area after honing his craft in Colorado, Oregon, and California for about 20 years. His focus is multi-media and he's great at backgrounds, and his images are going to be a really new, very cool thing for audiences.” 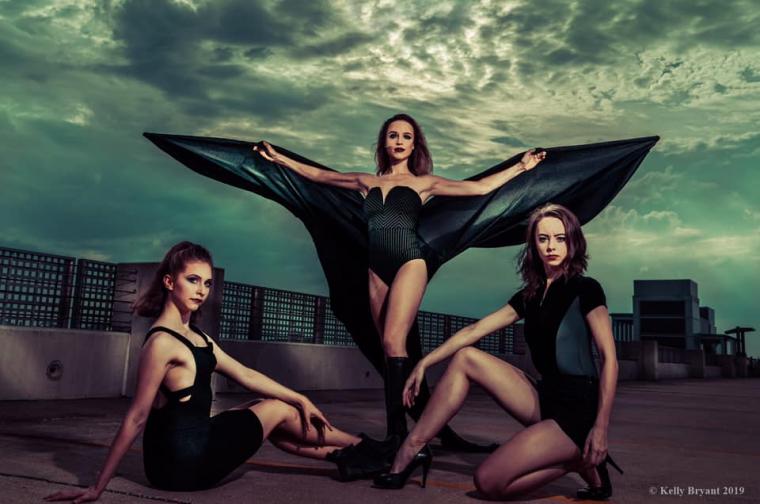 Preceding the ballet's nightly performances will be the 30-minute Halloween IV: The Prom, a stylistically varied collection of seasonal dance vignettes with choreography by Lyon and Emily Kate Long, a former company member who serves as Ballet Quad Cities' Artistic Associate for the 2019-20 season.

“I came up with the title because this is literally our fourth year doing this opening production,” says Lyon with a laugh. “It's a musical medley that's different every year, and the first year we did it just to see what would happen – and the audiences loved it. So we repeated it again and again and it was really successful, and now we have people who want to see that over Dracula!

“It's a real crowd-pleaser,” Lyon continues, “and this year's opener is a throwback to movies with big school-dance scenes, like the ends of Footloose and Carrie. And it has all kinds of styles: tap, jazz, a little bit of hip-hop, a little bit of '80s-throwback jam. And not only is it so much fun for the audience, but it's so much fun for the dancers, because they get to display their full range. They're not just ballet dancers. They're full entertainers.”

They're also dancers that audiences can meet in person when Ballet Quad Cities hosts its “Afterglow” party immediately following Dracula Unleashed's Saturday-night performance. After being the first professional group to perform in Moline High School's Bartlett Performing Arts Center, the dancers will be one of the first to host a party in Moline's Axis Hotel at 1630 Fifth Avenue, with the “Afterglow” scheduled a mere nine days after the hotel's official opening. Adding the ballet's new visuals and new opener, says Lyon, “It's going to be a whole weekend of new.”

Dracula Unleashed will be performed at Moline High School's Bartlett Performing Arts Center at 7:30 p.m. on October 25 and 26, admission is $15-25, and more information and tickets are available by calling (309)786-3779 or visiting BalletQuadCities.com.