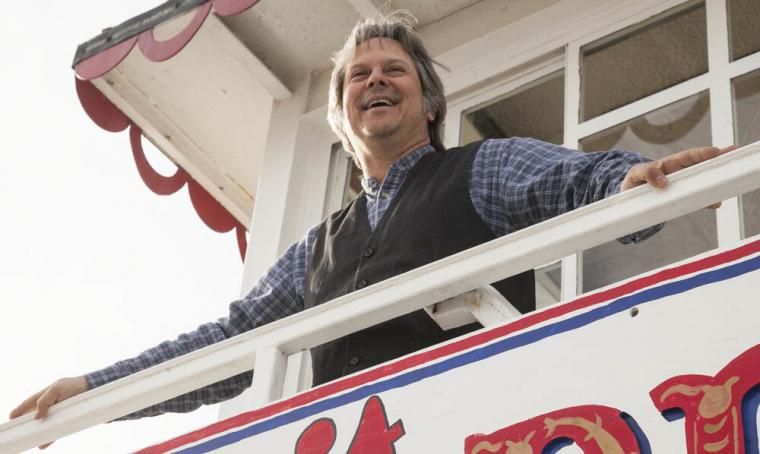 One of the most famous names in Quad Cities history will recount his singular tale of success in a virtual program hosted by the Moline Public Library, with noted author, historian, and storyteller Brian “Fox” Ellis, on February 5, performing a one-man show under the guise of inventor John Deere.

The blacksmith and manufacturer who founded Deere & Company, one of the largest and leading agricultural and construction equipment manufacturers in the world, John Deere was born on February 7, 1804, in Rutland, Vermont. After a brief educational period at Middlebury College, Deere, at age 17, began an apprenticeship with Captain Benjamin Lawrence, a successful Middlebury blacksmith, and entered the trade for himself in 1826. He settled in Grand Detour, Illinois, and soon found that cast-iron plows were not working very well in the tough prairie soil of Illinois. Remembering the needles he had previously polished, in his native Vermont, by running them through sand, Deere came to the conclusion that a plow made out of highly polished steel and a correctly shaped moldboard would be better able to handle Illinois' soil conditions, especially its sticky clay. In 1837, Deere developed and manufactured the first commercially successful cast-steel plow, and by early 1838, the inventor sold one to neighbor and local farmer Lewis Crandall, who quickly spread word of his success. Subsequently, other neighbors placed orders for the agricultural invention, and by 1841, Deere was manufacturing 75–100 plows per year. By 1855, Deere's factory had already sold more than 10,000.

In his virtual program for the Moline Library, Ellis' Deere is found at a private board meeting at which he is retiring, and consequently handing the plow company to his son Charles. Deere reflects on the history of his self-scouring plows, shares some of his personal struggles, and then turns to the future and the great changes in agriculture that he foresees in the vision of his son who transforms the company and the future of farming. Ellis' Deere goes on to discuss the pros and cons of agriculture versus agribusiness, the role of technology and mechanization, the small family farm, centennial farms, and community service agriculture.

An internationally acclaimed author, storyteller, historian, and naturalist, Ellis has worked with The Abraham Lincoln Presidential Library and Museum, The Field Museum, and dozens of other museums across the country. Fox is also a highly sought keynote speaker at regional and international conferences including the International Wetlands Conservation Conference, National Science Teachers Association Conference, and the North American Prairie Conservation Conference, and the list of famed figures he portrays in one-man-show form includes Charles Darwin, Walt Whitman, Abraham Lincoln, Edgar Allen Poe, and Mark Twain.

Brian “Fox” Ellis' performance as John Deere will be presented at noon on February 5, and although the virtual event is free, e-mail registration is required to receive the Zoom link. For more information, call (309)524-2470 or visit MolineLibrary.com.