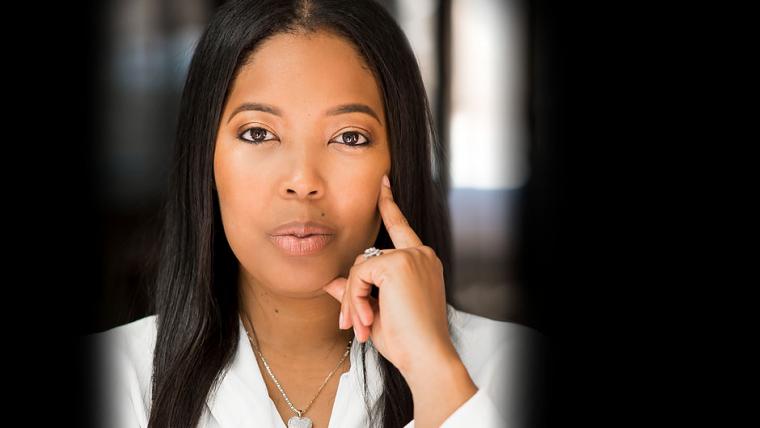 An attorney, entrepreneur, and author whose memoir A Knock at Midnight: A Story of Hope, Justice, and Freedom was named by Amazon editors as the best book of 2020, Brittany K. Barnett will participate in a September 27 Zoom Q&A hosted by the Davenport Public Library's Main Branch, the nationally renowned guest's honors including being named one of America’s Most Outstanding Young Lawyers by the American Bar Association.

While working for several years as a corporate attorney, Barnett was committed to pro bono representation of clients buried alive in federal prison under draconian drug laws. Her dedication to this life-changing work paid off tremendously, resulting in freedom for numerous people serving fundamental death sentences for federal drug offenses, including seven clients who received executive clemency from President Barack Obama. As the daughter of a formerly incarcerated mother, Barnett knows firsthand that the impact of mass incarceration is far reaching, devastating families and entire communities. Dedicated to transforming the criminal-justice system, Barnett founded two nonprofits to carry out her life’s work: the Buried Alive Project, which works to dismantle life without parole sentences handed down under federal drug laws, and Girls Embracing Mothers, dedicated to empowering girls with mothers in prison.

Through her criminal-justice work, Barnett has not only helped free people from prison, but has employed her extensive corporate experience to cultivate their creative and entrepreneurial powers to better the world. Barnett is the founder of the Manifest Freedom Fund and Milena Reign, social enterprises devoted to shifting the paradigm to show the world changing impact that formerly incarcerated people can have when they have access to resources not to merely survive, but to thrive. She is also a graduate of SMU’s Dedman School of Law, having previously served as the Associate General Counsel at ORIX USA Corporation focusing on mergers and acquisitions and general corporate matters. Prior to her legal career, Barnett earned her license as a Certified Public Accountant and worked for the international accounting firm PricewaterhouseCoopers LLP. She holds Bachelor’s and Master’s degrees in Accounting, and following the release of her A Knock at Midnight memoir, USA Today included it on the newspaper's list of five books not to miss for the week of September 5, 2020.

The Davenport Public Library's virtual chat with Brittany K. Barnett begins at 6:30 p.m. on September 27, both in-person and virtual seating is available, and more information on the free event is available by calling (563)326-7832 and visiting DavenportLibrary.com.