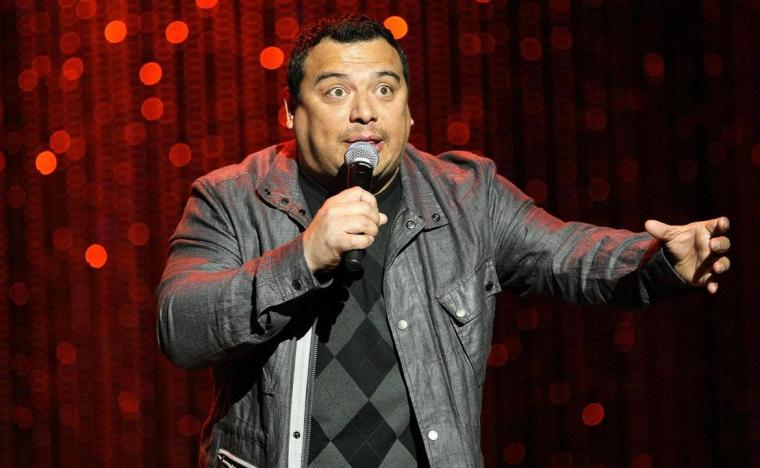 A star of film and television whose DVD for his 2006 Comedy Central special became the first to achieve platinum-sales status, comedian/writer/actor Carlos Mencia takes the stage at Davenport's Rhythm City Casino Resort Event Center on August 11, the latest stop on a busy fall tour that will take the comic from Iowa to California to New York to Florida.

Born in Honduras as the 17th of 18 children, the 51-year-old Mencia began his career doing standup on amateur night at the world-renowned comedy club The Laugh Factory in Los Angeles, and his comedic stylings were later showcased at The Comedy Store at The L.A. Cabaret. His success in these venues led to appearances on The Arsenio Hall Show and Buscando Estrellas, where he attained the title "International Comedy Grand Champion." Then, in 1994, Mencia was chosen to host HBO's Latino comedy showcase Loco Slam. Mencia also did two half-hour specials on HBO, the second of which won him a Cable ACE Award nomination for “Best Stand-Up Comedy Special.” After the release of his first comedy album by Warner Records, 2001's Take a Joke America, Mencia performed his breakout performance on Comedy Central Presents in 2002.

During the early 2000s, Mencia was also working consistently as an actor, doing guest appearances in the television programs Moesha, The Bernie Mac Show, and The Shield, starring in the film Outta Time, and providing vocals for the animated series The Proud Family. In 2005, Comedy Central debuted Mencia's own half-hour sitcom Mind of Mencia, which blended the star's standup with sketch comedy in the vein of David Chappelle's Chappelle's Show, and after achieving moderate success in its first season, its second made Mencia's series Comedy Central's second highest-rated program behind South Park. Comedy Central signed Mencia again for his own original standup special Carlos Mencia: No Strings Attached – the first Comedy Central standup-special DVD to achieve platinum sales status – and in the years since, the comedian's credits include roles in the movies The Heartbreak Kid and Our Family Wedding, album and DVD showcases including Performance Enhanced and Carlos Mencia: New Territory, and performances on numerous USO Tours.

Carlos Mencia takes the stage at the Rhythm City Casino Resort Event Center on August 11, admission to the 7 p.m. show is $25-35, and more information and tickets are available by calling (844)852-4386 or visiting RhythmCityCasino.com.