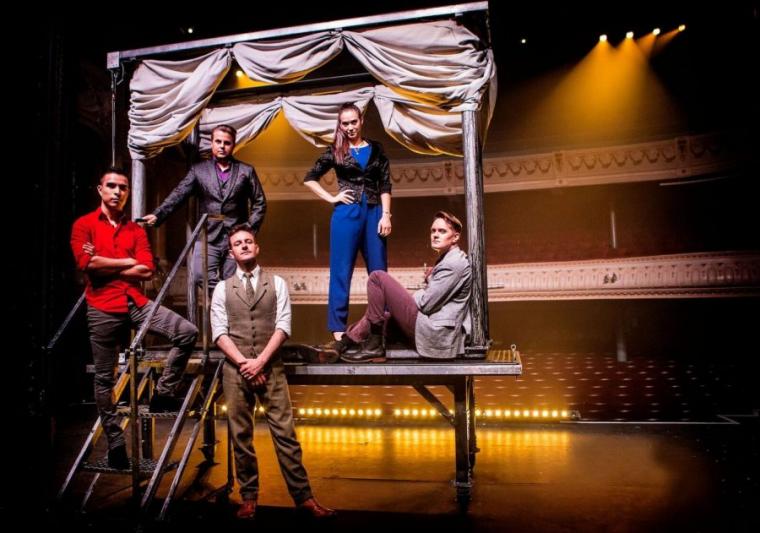 Champions of Magic at the Adler Theatre -- October 26.

Having thrilled international audiences with astounding feats of illusion involving levitations, souped-up super-cars, and an impossible escape from Houdini's water-torture cell, the prestidigitators of Champions of Magic bring their wildly successful stage show to Davenport's Adler Theatre on October 26, with Stage Door stating “Lovers of magic won't want to miss it,” and the Heresford Times calling the production “slick, clever, funny … and amazing.”

With their stunning feats receiving more than 30 million online views between them, the talents of the United Kingdom's Champions of Magic have performed live for tens of thousands and also on numerous televisions shows, their mystical mastery evident on the CW's Penn & Teller: Fool Us, and NBC's Caught n Camera with Nick Cannon and The Today Show. With Broadway World deeming its cast as “five of the world's finest magicians,” the touring team is headlined by a pair of illusionists who work together under the combined moniker Young & Strange. Friends and partners in magic since they were 10 years old, the duo's video Young & Strange Take Las Vegas to Television found the young men video-bombing the background of a Live Sky News broadcast – a viral sensation that had over 30 million views across various video-sharing networks in just a few days. That video bomb also garnered attention from national and international publications including Rolling Stone, Time magazine, The Huffington Post, and Cosmopolitan, and found Young & Strange featured on MTV.

In addition to this duo, Champions of Magic showcases of trio of international talents: the United Kingdom's Alex McAleer, the United States' Kayla Drescher, and Mexico's Fernando Velasco. Boasting an uncanny ability to apparently tap into his audiences' minds and read their thoughts at will, McAleer has appeared on ITV’s Good Morning Britain, Australia's Today Tonight, and NBC’s Access Hollywood, has written several books on his psychic techniques, and has delivered lectures to psychology students, mentalists, and magicians at the prestigious Magic Circle. A recipient of the Society of American Magicians' Presidential Citation, Drescher's talents range from levitating smart phones to teleporting borrowed bank notes, and her recent credits include creating marshmallow magic with the Blue Man Group, and making David Copperfield appear for a segment on The Daily Show. And at age 21, Velasco is a veteran of Hollywood's Magic Castle and is already considered one of the world's leading escapologists, currently standing as the youngest individual to perform magic’s most dangerous illusion: the escape from the Houdini water-torture cell.