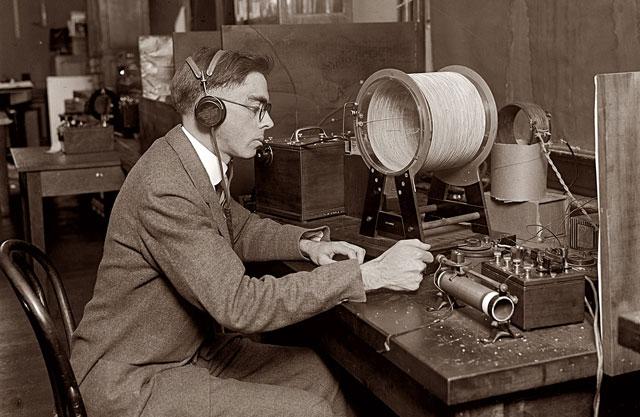 As stated in the encyclopedia Britannica, "By the early 1920s radio was popular worldwide. Public demand for receivers was high, with technology available to nearly everyone to build their own homemade receivers. New radio stations were being created at a rapid rate. The Radio Act of 1912 had declared the secretary of commerce to be the regulatory authority over radio, but the secretary was compelled by law to issue licenses to all who applied for one. In 1922, there were five radio stations on the air, and in 1923 there were 556. To avoid interference with other stations, broadcasters changed frequencies, raised operating power, or moved their facilities. The rapid growth was not sustainable. Attempts at self-regulation failed in a series of radio conferences convened at the behest of Secretary of Commerce Herbert Hoover.”

Eventually, regulation began to be put in place through the Radio Act of 1927, which was a temporary measure when it was passed, and was intended to stabilize the burgeoning but chaotic radio industry of the mid-1920s. This, in turn, led to the 34-page Communications Act of 1934, which created a permanent administrative body, the FCC, at the request of President Franklin D. Roosevelt and incorporated virtually all of the Radio Act of 1927, including the cornerstone principles of public ownership of the airwaves.

Discussing these and other measures in the Davenport Library's June 17 program, Dr. Steve Coon is a retired university professor, international communications consultant, and former coordinator of Electronic Media Studies in the School of Journalism and Mass Communication at Iowa State University. Coon has presented communication workshops in Europe, Asia, Africa, and Latin America, with his workshop topics include new media, social media, writing and reporting for radio and television, civic journalism, election and political reporting, journalism ethics and professional responsibilities, and investigative reporting.

Clearing the Static: Herbert Hoover & Early Radio Regulation will be presented via Zoom webinar at 6 p.m. on June 17, the event is free to the public, and registration is available through the Davenport Public Library Web site. For more information on the virtual program and the monthly 3rd Thursday at Hoover's series, call (563)326-7832 and visit DavenportLibrary.com.