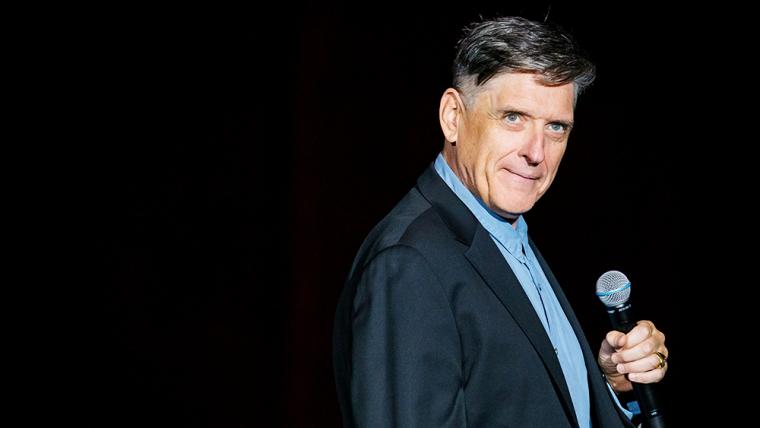 A Peabody Award-winning comedian and popular television presence brings his national tour to Davenport on October 26, as the Rhythm City Casino Resort hosts an evening with former talk-show and game-show host Craig Ferguson, the Scottish-American sensation that inspired the Los Angeles Times' Robert Lloyd to write, “Ferguson was not the best known of the late-night hosts, but he was the most singular and, for my money, the best.”

The Scottish-American Ferguson is an actor, writer, and comedian who, as the host of CBS' The Late Late Show with Craig Ferguson, set all-time viewer records during his 10-year run, earned a 2016 Emmy nomination, and received the 2009 Peabody Award for Excellence in Broadcasting for his interview with Archbishop Desmond Tutu. Ferguson was also the host of the syndicated game show Celebrity Name Game, in which he was awarded the Daytime Emmy for Outstanding Game Show Host two years in a row. An acclaimed standup comedian who has earned two Grammy nominations for Best Comedy Album on behalf of his original standup recordings Craig Ferguson: Just Being Honest and I'm Here to Help, Ferguson has performed to sold-out crowds all over the country, including New York City's Carnegie Hall and Radio City Music Hall. He also received a Grammy nomination for Best Spoken Word Album with his New York Times bestseller American On Purpose, and recently concluded his popular daily SiriusXM program The Craig Ferguson Show.

Among Ferguson's additional accolades are a British Independent Film Award nomination for writing the screenplay to 2000's Saving Grace, a People's Choice Award nod for Favorite Late Night Talk Show Host, and the U.S. Comedy Arts Festival's Audience Award, which Ferguson won in 2003 for the film I'll Be There. Famed for his role as Nigel Wick on the ABC sitcom The Drew Carey Show, Ferguson's additional film and TV credits include roles in Lemony Snicket's A Series of Unfortunate Events, Kick-Ass, and Web Therapy. He has also provided off-screen vocals for nearly two dozen animated characters, with Ferguson's recognizable brogue heard in entertainments including How to Train Your Dragon, Winnie the Pooh, Brave, Futurama, Archer, and Family Guy.

Craig Ferguson performs at Davenport's Rhythm City Casino Resort Event Center on October 26, admission to the 8 p.m. show is $27-47, and more information and tickets are available by calling (563)328-8000 or visiting RhythmCityCasino.com.