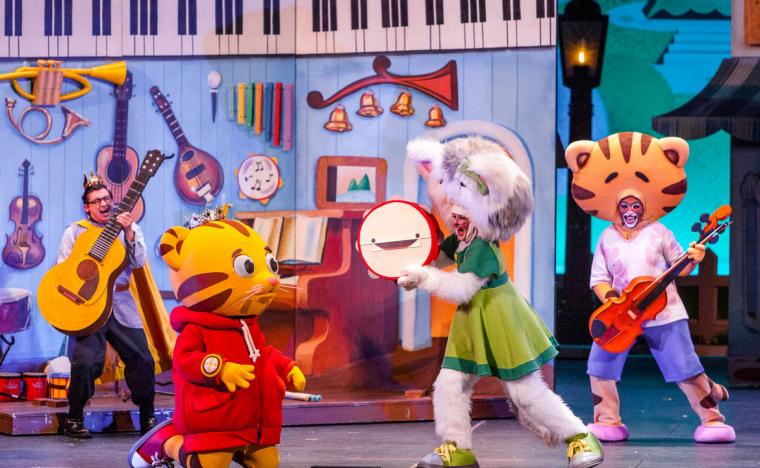 Daniel Tiger's Neighborhood Live! King for a Day at the Adler Theatre -- January 23.

Based on the furry, striped hand puppet who was a decades-long resident of Mister Rogers' Neighborhood, Daniel Tiger's Neighborhood debuted on PBS Kids in 2012, and is currently in its fourth season of entertaining and educating pre-schoolers, in the process winning Parents' Choice Awards in 2013 and 2014, and getting nominated for a Television Critics' Association Award for Outstanding Achievement in Youth Programming. Among Daniel's TV friends are numerous characters familiar from Mister Rogers' Neighborhood – among them X the Owl, Henrietta Pussycat, nd the mailman Mr. McFeely – along with new pals such as Music Man Stan, Miss Emaila, and the members of the Platypus family. King for a Day unites them all for a delightful family adventure in the Neighborhood of Make-Believe, where Daniel learns just what it takes to be King. Filled with songs to sing along to, magical moments, and surprise guests, the hour-long show promises to be “tiger-ific” musical fun with plenty of valuable life lessons along the way. 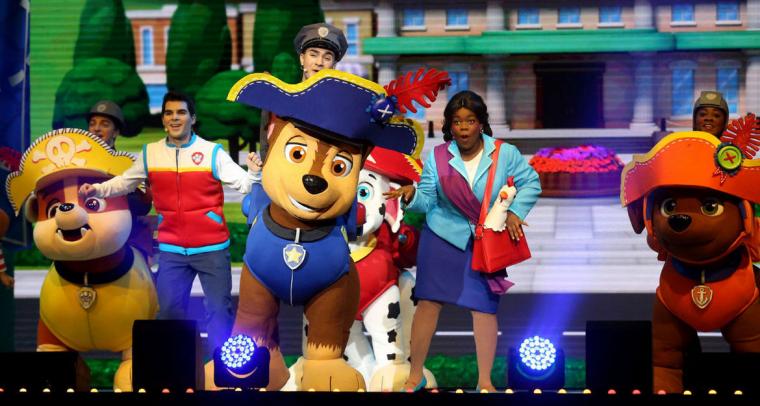 Premiering on Nickelodeon in 2013, PAW Patrol tells of a boy named Ryder who leads a pack of search and rescue dogs, all of whom work together onb missions to protect the shoreside community of Adventure Bay. Now in its fifth season and with viewership in 160 countries around the globe, the program has been a critical hit, with Common Sense Media giving PAW Patrol four stars and stating that “perhaps the show's best attribute is how it demonstrates the value of thoughtful problem-solving.” Along with loads of comedy and interactive action, that quality is in abundant display in The Great Pirate Adventure, in which it's Pirate Day in Adventure Bay and Ryder needs all paws on deck as he and his canine pals discover a secret treasure map while attempting to rescue Cap’n Turbot from a mysterious cavern. It’s up to Chase, Marshall, Skye, and the rest of their heroic, pirate pup-friends to save the day and find the pirate treasure before the nefarious Mayor Humdinger finds it first.