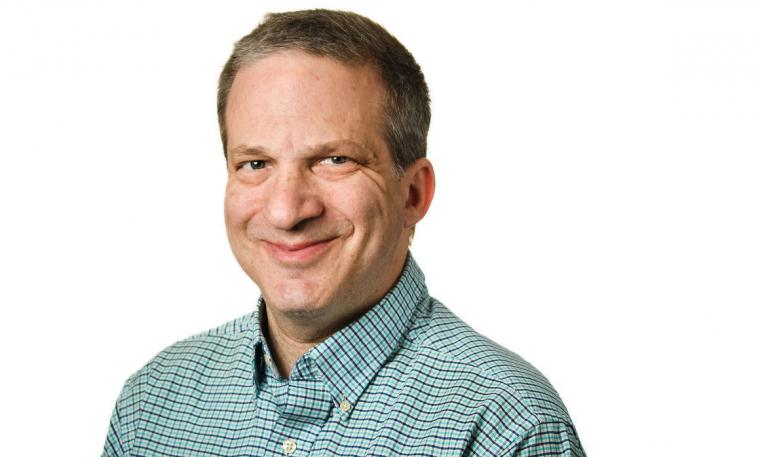 On January 25, in a program hosted by the Davenport Public Library, Jonathan Turner – local author and current writer for WVIK and QuadCities.com – will explore our area's recent and long-ago pasts as highlighted in his 2016 book A Brief History of Bucktown: Davenport's Infamous District Transformed. And that adjective “infamous” will be the juicy subject of much of Turner's presentation, given that the event's title Davenport's Bucktown in 1903: “Worst Town in America.”

Describing the book project that began in 2014, Turner says, “Since I was an arts reporter at the (Argus/Dispatch) newspaper and had covered Bucktown Center for the Arts for several years, this publisher that specializes in local history had reached out to me. They commission local authors and historic-preservation people across the country, and they do these neighborhood and small-city history books, and obviously it was a great opportunity to write about this very colorful part of Davenport.”

Conducting his research through online archives, old newspaper articles, and interviews with historians at the German American Heritage Center and individuals such as Augustana College's Jane Simonsen, Turner completed the book over roughly 18 months. “ I don't think it's a best-seller or anything,” Turner says with a chuckle, “but I think it's a great resource because a lot of people have written about the history of Davenport and Scott County, but you only get kind of little bits and pieces of the Bucktown area by looking at a lot of different books or articles. This is kind of a one-stop collection that puts all the greatest hits into one book. The intent of the book was to showcase how the area got started, how it flourished, and then, like most downtowns, how the downtown area really declined after World War II and through the mid-20th century. And then [the book covers] the whole transformation of our downtown in the past 25 years or so, where it's really been restored.”

Yet while much of Davenport's history over the last century-plus will be covered in Turner's January 25 presentation, special attention will be paid to events at the end of the 19th and beginning of the 20th centuries – particularly events that led the Chicago Record-Herald, in 1903, to claim that Davenport had officially swiped New York City's title as the “Worst Town in America.”

“It was kind of a red-light district at the time,” says Turner of 120-years-ago Davenport. “It was just a concentration of saloons and theatres and brothels – at one time, in 1894, there were 150 bars and saloons just in Davenport, and at the time, they estimated about 40 brothels in the Bucktown area. There's a colorful quote from one of the reformers who was a minister, William Lloyd Clark: 'If I owned Hell and Davenport, I would sell Davenport and keep Hell. Davenport is that saturated with rum, catacombed with houses of ill fame, from her vile levee districts to the top of her polluted hills. The city is filled with beer saloons and beer gardens. It's home to dives of the vilest sort. Ragged children carry buckets of beer through the streets at all hours of the day or night, and the streets resound with the drunken laughter of prostitutes.”

Offering another testimony from the period, Turner continues, “There's a 1903 story where this woman from Chicago was complaining about the rough Iowa Theatre which was in the heart of Bucktown on East Second Street. Anita Ray was her name, and she called Davenport 'a little Hell' and 'the toughest place in America.'

“She said, 'Chicago is a paradise when compared to the Iowa town. If it's true that God has forsaken Chicago, then he's never even visited Davenport, Iowa. To one who experienced what I did in that Iowa city, there can be little doubt that religion and its divine hand has never touched Davenport. For a town of this size, there is more vice than in any other city in the country. Why do I say it? Because I have seen it. I have experienced a week of it, and nothing that has ever happened in my life will ever make such an impression on me as it did this week. The Davenport music halls are patronized by sons of the wealthy who come, carouse, and spend money for the special purpose of getting young girls drunk. They spend hundreds where Chicagoans would spend one dollar. They spend their nights in carousel, their days in slumber, work they know not, their unbridled debauchery goes unhindered by police or authorities. The police make no attempts to stop it.'”

Consequently, within the Davenport community, there was what Turner describes as an “epic battle” between those in support of temperance and prohibition and those “who wanted the freedom and license to do as they please, and loved their liquor and their leisure. Bucktown, from what I understand, was named because of young men – young bucks – who patronized the bars and brothels. And police kind of looked the other way, and they actually regulated prostitution. Prostitutes paid fees to the city, they had to register with the city, they had to pass health exams. The view was kind of, 'If men were going to act this way and patronize prostitutes, that they may as well not bring diseases home to their wives.'

“It's just a colorful history,” says Turner. “When I was doing the research, Kyle Carter, who's the head of the Downtown Davenport Partnership, was a major supporter of the book, and is very passionate about history and preservation. And he was like, “People probably aren't familiar with this history, and you can't really be ashamed of it because it's in the past – it's part of how Davenport got its name and got famous. And it's something to kind of be celebrated. Who doesn't want to live in the wickedest city in America?'”

Turner's Arcadia Publishing book A Brief History of Bucktown: Davenport's Infamous District Transformed is available through Amazon, and the author's virtual presentation Davenport's Bucktown in 1903: “Worst Town in America” begins at 6 p.m. on January 25. While the online event is free, registration is required to receive details on the Zoom meeting, and more information is available by calling (563)326-7832 or visiting DavenportLibrary.com.