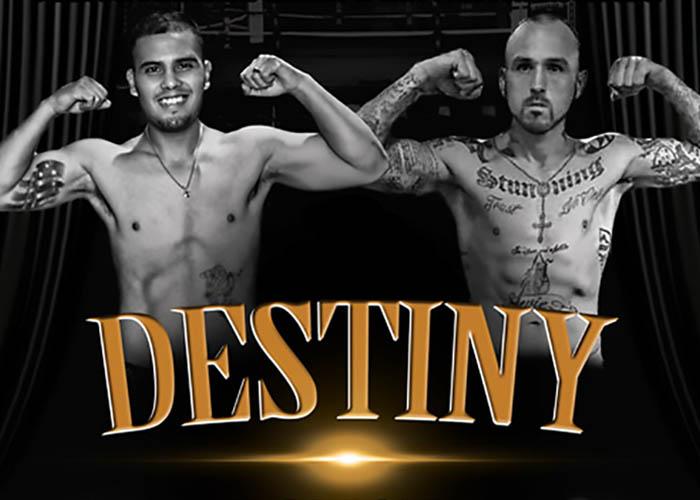 With his current record of 16-3 with 10 knockouts, Rock Island's 27-year-old Limberth has been a fan favorite in the Quad Cities since his pro debut in nearly seven years ago. Amassing a record of 95-24 as an amateur, Ponce won the 2012 Chicago Golden Gloves Championship before his professional career began, becoming the first Quad Cities boxer in more than a decade to do so. Ponce's bouts have subsequently been televised on ESPN and the CBS Sports Network, and last October, he took to the ring in the main-event fight of “All In,” the first pro-boxing card ever held at the Rhythm City Casino Resort.

A resident of Davenport, Edwards boasted an amateur record of 35-7, and had his first professional bout in May of 2015 at Danceland Ballroom. After fighting Jason Louck to a draw, Edwards defeated his opponent the following September, and has consequently enjoyed an undefeated career as a pro with a record of 10-0 with one draw. Edwards has also developed a significant following of Quad Cities fans who have seen him win the Continental Boxing Association Super-Middleweight title along with the Mid-American Middleweight Championship. In addition to his pro career, Edwards also operates Davenport's Stunning Boxing Clu, teaching fundamentals of boxing and life to area youths.

Destiny: Live Professional Boxing begins at 7 p.m. on February 2, general admission is $25 with ringside and reserved-row seating $40-75, and more tickets are available by calling (563)328-8000 or visiting RhythmCityCasino.com.