“Disney on Ice Presents Into the Magic,” December 1 through 4 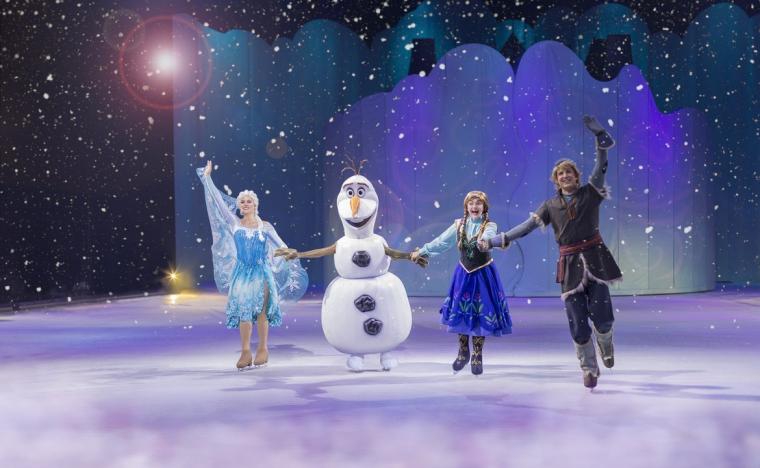 “Disney on Ice Presents Into the Magic" at the Vibrant Arena at the MARK -- December 1 through 4.

In a beloved seasonal tradition, family audiences are invited to the Vibrant Arena at the MARK from December 1 through 4 to experience the wonderful world of Disney – on Ice – in the brand-new touring sensation Into the Magic, with the Moline venue transformed into an enormous skating rink and some of the studio's most beloved characters joining Mickey Mouse and friends for an unforgettable adventure.

Filled with world-class skating, high-flying acrobatics, and unexpected stunts, Disney on Ice Presents Into the Magic brings to life the magic of the movies through a series of grandly entertaining vignettes. Young audiences and Disney fans of all ages are invited to seek adventure in the great wide somewhere with Belle as she explores the Beast’s enchanted castle, and experience Moana’s courage to embark on a voyage with demigod Maui to save her island. Crowds can sing along with Miguel from Coco as he follows the music in his heart; be inspired by Anna’s devotion to her sister Elsa on her Frozen journey to the North Mountain to stop the eternal winter; and watch Tangled's Rapunzel and Flynn go to great lengths to make her dream come true. And with other party guests including Minnie Mouse, Donald Duck, Goofy, and Cinderella, Into the Magic is destined to deliver a family experience that will be cherished for years to come.

Disney on Ice Presents Into the Magic will enjoy seven performances at the Moline amphitheater during its area stop: on December 1 and 2 at 7 p.m.; on December 3 at 11 a.m. and 3 and 7 p.m.; and on December 4 at 11am and 3 p.m. Admission is $20-65, with audiences also invited to enhance their Disney fun with a pre-show Character Experience that includes a dance party, crafting, and interactive time with Belle. (Bring your personal devices for photo opportunities with Belle and her special guest Mickey Mouse.) For tickets, call (800)745-3000 and visit VibrantArena.com.