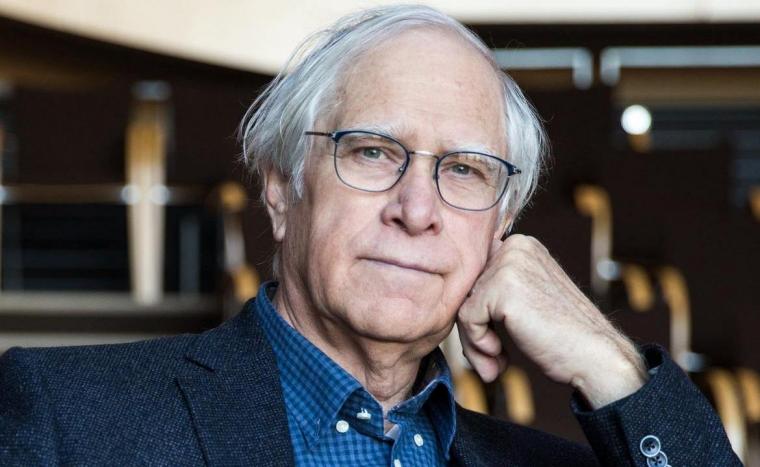 Presented by the Moline and Rock Island Public Libraries

Appearing in a special presentation hosted by the Moline and Rock Island Public Libraries, a best-selling author and Pulitzer Prize recipient will be showcased in the virtual program An Evening with John Sandford, an April 14 event with the author of the wildly popular Prey series that boasts 30 books (and counting) featuring crime-solving protagonist Lucas Davenport.

The pseudonym of John Roswell Camp, Sandford won the Pulitzer Prize in journalism in 1986 for a series of stories collectively titled Life on the Land: An American Farm Family, and was one of four finalists for the prize in 1980. He was also the winner of the Distinguished Writing Award of the American Society of Newspaper Editors for 1985. Sandford is the author of 40 published novels – all of which have appeared, in one format or another, on the New York Times best-seller lists – and is also the co-author of three young-adult books in the Singular Menace series and the science-fiction thriller Saturn Run. Additionally, Sandford is the author of two non-fiction books, one on art (The Eye and the Heart: The Watercolors of John Stuart Ingle), and one on plastic surgery (Plastic Surgery: the Kindest Cut), and his books have been translated into most European and Middle Eastern languages, as well as Japanese and Korean.

Born in Cedar Rapids 1944, Sandford received a bachelor's degree in American Studies in 1966 and a master's degree in journalism in 1971, both from the University of Iowa. Between his two stints at that university, he served two years in the U.S. Army in Korea with the 4th U.S. Army Missile Command, and began his professional-journalism tenure as an Army reporter, eventually being included in the “Hall of Fame” at the Defense Information School at Fort Meade, Maryland.) After getting out of the Army, Sandford served as a reporter and an editor at The Miami Herald from 1971-1978, and a reporter and columnist for the St. Paul Pioneer Press from 1978-1990.

Sandford is likely best-known for his series of Prey novels featuring Lucas Davenport, who began as a maverick detective with the Minneapolis Police Department before eventually becoming a United States marshal. To date, Sandford has written 30 novels in the Prey series ranging from 1989's Rules of Prey to last year's Masked Prey, with his 31st title, Ocean Prey, set for release on April 20.

Author Carl Hiaasen will interview Sandford in a virtual presentation taking place at 7 p.m. on April 14, and there is no charge to view the online event, though registration is required. For more information on An Evening with John Sandford, call (309)524-2470 and visit MolineLibrary.com, or call (309)732-7323 and visit RockIslandLibrary.org.