“An Evening with Michelle Zauner,” June 30 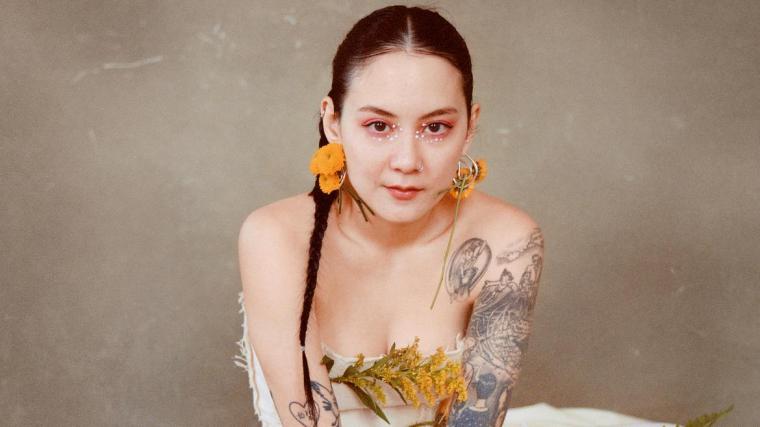 A gifted musician and noted author discusses her music career and beloved bestseller Crying in H Mart: A Memoir when the Rock Island Public Library presents An Evening with Michelle Zauner, a virtual June 30 program that allows participants an audience with the talented writer and Grammy-nominated singer/guitarist who creates blazing indie pop under the name Japanese Breakfast.

As an author, in 2016, Zauner won the 11th edition of the Glamour magazine essay contest with her essay "Real Life: Love, Loss, and Kimchi," which focused on her experiences with her mother's cancer diagnosis and death, as well as the bond she and her mother shared over Korean food. Two years later, an essay by Zauner was published in The New Yorker titled "Crying in H-Mart." The essay was similar in subject matter to the Glamour essay, and was followed by 2021's Harper's Bazaar piece "#Forgiveness," which detailed Zauner's experiences with her father, whom she became estranged from after the death of her mother. On April 20 of 2021, Zauner released an expansion of her New Yorker essay with her first book Crying in H Mart: A Memoir, which debuted at number two on the New York Times nonfiction bestseller list and was praised by NPR as "rare acknowledgment of the ravages of cancer in a culture obsessed with seeing it as an enemy that can be battled with hope and strength." Not long after the book's publication, Orion Pictures announced they would adapt Crying in H Mart into a feature film, and as part of the deal, Zauner is to help adapt the film and supervise its soundtrack.

Zauner will be joined in conversation on June 30 with Jessica Hopper, a music critic, producer, and author based in Chicago. Over a career spanning more than 20 years, Hopper has earned acclaim as a provocative, fearless music journalist, and has written for, among others magazines and newspapers, GQ, Rolling Stone, The New York Times Magazine, The Guardian, Elle, and the Chicago Reader. She is also the author of The First Collection of Criticism By A Living Female Rock Critic and co-founded Golden Teapot, a production company specializing in music and culture documentary work.

An Evening with Michelle Zauner will be presented virtually on June 30, participation in the 7 p.m. event is free, and more information is available by calling (309)732-7323 and visiting RockIslandLibrary.org.