An Evening with Yusef Salaam, March 7 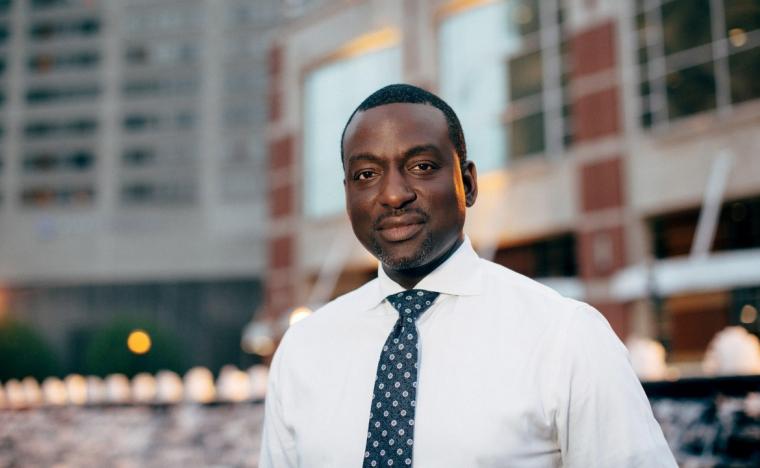 An Evening with Yusef Salaam at Augustana College -- March 7.

Delivering a special area presentation on the criminal-justice system and his own personal journey following a wrongful conviction, inspirational speaker Yusef Salaam visits Augustana College on March 7, his Centennial Hall lecture covering the man's experiences as an accused member of “The Central Park Five” and his long road to a new identity as one of “The Exonerated Five.”

On April 19, 1989, a young woman was brutally raped and left for dead in New York City’s Central Park, and eventually five teens from Harlem – four black and one Latino – were tried and convicted of the crime in one of the most frenzied cases in the city’s history. The woman was dubbed the “Central Park jogger” and the accused teens became known collectively as “The Central Park Five,” with Salaam only 15 years old when his life was upended and changed forever. However, after the Central Park Five spent between seven and 13 years of their lives behind bars, their sentences were overturned in 2002 after a convicted murderer and rapist serving a life sentence confessed to the crime; the unidentified DNA in the Central Park Jogger case (unlinked to any of the five) had finally met its owner, and the Central Park Five were fully exonerated. Ten years later, documentarian Ken Burns, his daughter Sarah Burns, and her husband David McMahon released the award-winning film The Central Park Five, which told of this travesty from the perspective of Yusef and the others. In September of 2014, the Central Park Five received a multi-million dollar settlement from the city of New York for its grievous injustice against them.

Determined to educate the public, Yusef now shares his story with others across the nation, and in speaking out against injustice, he conveys the importance of continuing one’s education, whether formal or otherwise. He also touches on the effects of incarceration and the disenfranchisement of economically disadvantaged people, advocates for drastic policy changes relating to the prison industrial complex, and is a firm proponent of video surveillance in all police interactions, hoping to ban solitary confinement for juveniles and staunchly opposing capital punishment. In recent years, Yusef received a Lifetime Achievement Award from former president Barack Obama in 2016, a 2014 honorary Doctorate of Humanities from Anointed by God Ministries Alliance & Seminary, and a long list of proclamations, most notably from the New York State Senate and New York City Council.

Yusef Salaam's Centennial Hall presentation begins at 7 p.m. on March 7, and while admission is free, registration is required. For more information and to register, call (309)794-7306 or visit Augustana.edu/tickets.