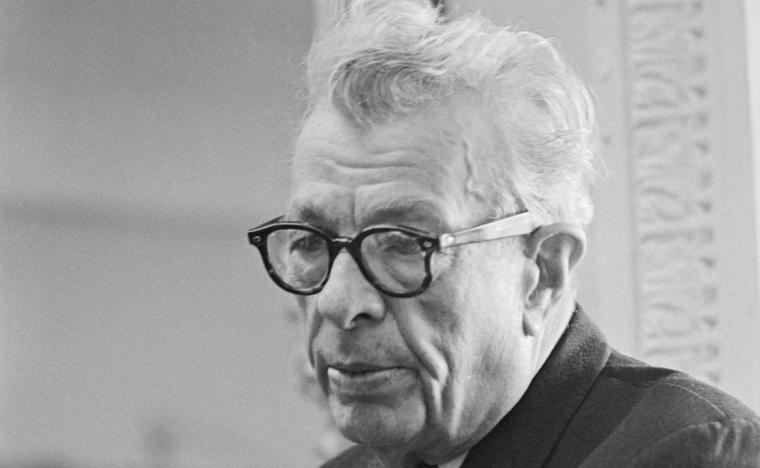 A special presentation on the famed member of the House of Representatives and U.S. Senate, the virtual program Everett Dirksen: His Humble Upbringing & Lasting Legacy will be hosted by the German American Heritage Center on February 28, with presenter Tiffany White speaking on Dirksen's life, accomplishments, and crucial work in the passing of the Civil Rights Act of 1969.

Born in Pekin, Illinois, Dirksen served as an artillery officer during World War I, after serving on the Pekin City Council, he won election to the House of Representatives in 1932. In the House, he was considered a moderate and supported much of the New Deal. He did become more conservative and isolationist over time, but reversed himself to support U.S. involvement in World War II. Dirksen won election to the Senate in 1950, and during his tenure, he favored conservative economic policies and supported the internationalism of President Dwight D. Eisenhower. He went on to succeed William F. Knowland as Senate Minority Leader after the latter declined to seek re-election in 1958, and in that position, Dirksen emerged as a prominent national figure of the Republican Party during the 1960s. He developed a solid working relationship with Senate Majority Leader Mike Mansfield and supported President Lyndon B. Johnson's handling of the Vietnam War, and also helped break the Southern filibuster of the Civil Rights Act of 1964.

In response to a reporter’s question about why he had taken such a leading role in the Civil Rights Act, he remarked: “I come from immigrant German stock. My mother stood on Ellis Island as a child of 17, with a tag around her neck directing that she be sent to Pekin, Illinois. Our family had opportunities in Illinois, and the essence of what we’re trying to do in the Civil Rights bill is to see that others have opportunities in this country.”

Delivering the Everett Dirksen program for the German American Heritage Center, Tiffany White currently serves as the Executive Director of the Dirksen Congressional Center, located in Dirksen’s hometown of Pekin. The Center is a non-partisan, not-for-profit organization with a mission to enhance the public’s understanding of Congress, its people, and its policies. Before assuming leadership of the Center in 2019, White served as Chief of Staff to Illinois State Representative Mike Unes, was previously the Executive Director of Pekin Main Street, and also served for five years on staff in the 18th Congressional District office, where she managed immigration and State Department-related casework.

Everett Dirksen: His Humble Upbringing & Lasting Legacy will be presented at 2 p.m. on February 28, with the live event hosted via Zoom, and although the program is free, donations are greatly appreciated. A short Q&A with Tiffany White will take place immediately after the presentation, and more information on the online event is available by calling (563)322-8844 and visiting GAHC.org.