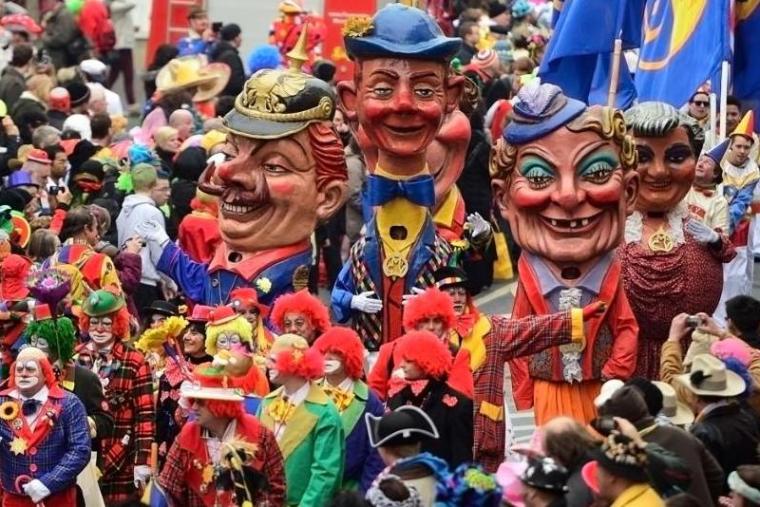 Although most people are more familiar with New Orleans' Mardi Gras and Brazil's Carnival, Germany has its own extravagant regional celebration known as Fasching, and on February 15, Kathlyn Hoffman will deliver a virtual presentation on this fascinating street party in Fascinating Fasching, a German American Heritage Center program offered in partnership with the Dank Haus.

Germany's official carnival season, Fasching starts on the eleventh day of November at exactly 11 minutes after 11 a.m. and ends at the stroke of midnight on Shroud Tuesday (the Tuesday before Ash Wednesday), which, as with Mardi Gras, is often referred to as Fat Tuesday. Fasching is generally considered a Roman Catholic and Christian Orthodox celebration – most Protestant and non-Christian areas do not celebrate it – and is widely believed to be a time to break the rules, poke fun at those who make them, and make your own new rules.

In Germany, particularly in the Rhineland area, the tradition can be traced to Medieval times, where many countries existed under harsh restrictions and kings, princes, and even smaller potentates maintained their own courts. In doing so, they flaunted before each other their own pomp and splendor at the expense of their population, and consequently, during Fasching time, the common people took a chance at “talking back” to their rulers. They would make a mock government of 11 people, as well as other officials, and a prince and princess were selected to rule the country during the Fasching season. Political authorities, high-placed persons, and sovereigns were the target of ridicule, and featured in humorous and satirical speeches. To avoid persecution and punishment, these antics were played out from behind masks and costumes, and parades, dancing in the streets, masquerade balls, and comical skits filled the days and nights. Nearly every German town currently holds its own Fasching festivities, and it is celebrated in homes across the country with the same sort of enthusiasm in which Americans celebrate Halloween.

Fascinating Fasching will be presented at 4:30 p.m. on February 15, with the live event hosted via Zoom, and although the program is free, donations are greatly appreciated. For more information and online reservations, call (563)322-8844 and visit GAHC.org.