“Third Thursday at Hoover's: A Few of My Favorite Things,” January 20 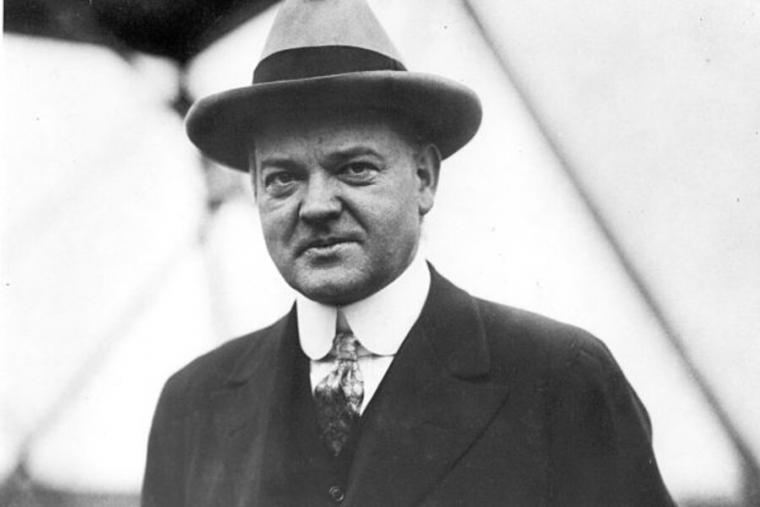 The Davenport Public Library presents “Third Thursday at Hoover's: A Few of My Favorite Things" -- January 20.

Delivered as part of the Davenport Public Library's virtual 3rd Thursday at Hoover's Presidential Library & Museum programming, the January 20 Zoom webinar A Few of My Favorite Things will find Matthew Schaefer sharing engaging and sometimes astounding facts and materials he discovered in his career as a Hoover archivist, with the presenter saying of his inclusions, “Some are treasures and others are just fascinating pieces of history most people never knew existed.”

A politician, businessman, and engineer who served as the 31st president of the United States from 1929 to 1933, Hoover preceded his presidential tenure during the Great Depression by leading the Commission for Relief in Belgium, serving as the director of the U.S. Food Administration, and acting as the third U.S. Secretary of Commerce. After losing his bid for president during the 1920 election, newly elected Republican President Warren G. Harding appointed Hoover as Secretary of Commerce, and Hoover continued to serve in that position under President Calvin Coolidge after Harding died in 1923. An unusually active and visible cabinet member, Hoover became known as “Secretary of Commerce and Under-Secretary of all other departments,” was influential in the development of air travel and radio, and led the federal response to the Great Mississippi Flood of 1927. While Hoover won the Republican nomination in the 1928 presidential election and decisively defeated Democratic candidate Al Smith, the stock market crashed shortly after Hoover took office, and the Great Depression became the central issue of his presidency. Hoover pursued a variety of policies in an attempt to lift the economy, but he was, and remains, a controversial figure for opposing the involvement of the federal government in Depression-era relief efforts.

A longtime outreach archivist at the Hoover Museum and Presidential Library, Schaefer has worked at the West Branch venue for nearly 20 years. In the Pieces of History blog for the U.S. National Archives, he explained, "The average American would be surprised to learn that Herbert Hoover was nominated for the Nobel Peace Prize five times," and also expressed his career passion by saying, "The thing that I like best about my job is the variety of tasks that fall to me. This meshes well with my short little span of attention. My duties at the Hoover include organizing conferences, working with professional organizations, and keeping the library in the public eye. As outreach archivist, I meet many people." With tongue hopefully in cheek, Schaefer added, "I also manage the reference room, do collection management tasks, and serve as lookout for zombies."

A Few of My Favorite Things will be presented via Zoom webinar at 6 p.m. on January 20, the event is free to the public, and registration is available through the Davenport Public Library Web site. For more information on the virtual program and the monthly 3rd Thursday at Hoover's series, call (563)326-7832 and visit DavenportLibrary.com.