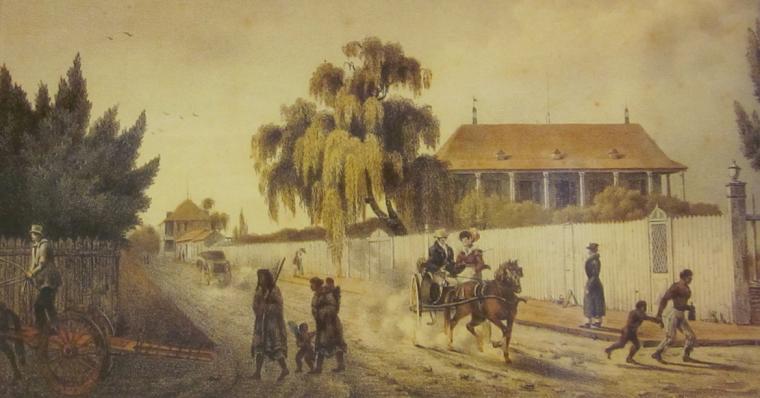 Germanic history travels to “The Big Easy” in a virtual program on June 13 as Davenport's German American Heritage Center presents Germans in New Orleans: The 19th Century, a cultural exploration hosted by Caroline Huey, Associate Professor of Germanic Studies at the University of Louisiana at Lafayette.

Historically, as explained at CLS.louisiana.edu, “19th-century German immigrants came to Louisiana in three waves cresting in the 1850's. The first wave of immigration resulted from famine and economic dislocation following in the wake of the Napoleonic Wars. From 1820 to 1850, many of Louisiana's thousands of Germans immigrants were redemptioners, indentured servants. This group of peasants agreed to work on farms and plantations in order to support themselves.

“The German immigrants of the mid-19th century were quite different from their predecessors. Fleeing civil war in Germany, the mid-century immigrants were generally drawn from professional calico, and most settled in New Orleans. As physicians, engineers, lawyers, technicians, and other skilled professionals, these newcomers contributed greatly to the Crescent City's physical and cultural improvements of the late antebellum period. The German immigrants of the 1840's and '50's were responsible for the introduction of German music, architecture, numerous breweries, churches, and theaters, as well as the building of city streets and waterworks. More than 53,000 German immigrants arrived in New Orleans in 1853 alone. Many of the late-antebellum German immigrants left Louisiana for other states, but by 1850, 25,000 Germans had made the Pelican State their adopted home.

“The final wave of German immigrants was the largest. Composted primarily of industrial workers, this migration began in 1864, peaked in 1882, and declined dramatically by 1898. Almost three million German immigrants entered the United States during this period, and New Orleans was merely a way stop for most of the late nineteenth-century German immigrants.”

The German American Heritage Center's June 13 presentation explores the many roles that Germans played in the thriving city of New Orleans, and also refers to the settlements surrounding New Orleans that still celebrate Germanic culture, like the German Coast and Roberts Cove. 19th-century German societies and periodicals provide insight into the point of view of this group of New Orleanians.

Caroline Huey's virtual program Germans in New Orleans: The 19th Century will be presented at 2 p.m. on June 13, a limited number of in-person seats will be available for the viewing, and donations to the free event are greatly appreciated. For more information, call (563)322-8844 and visit GAHC.org.