Get Lit: “The White Tiger,” January 8 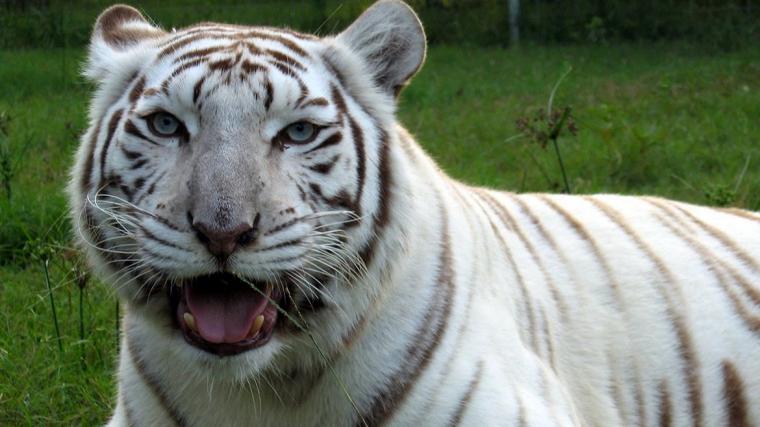 Get Lit: The White Tiger at the Bettendorf Public Library -- January 8.

Praised by the Sunday Times as “extraordinary and brilliant,” and by the Seattle Times as “fierce and funny … a satire as sharp as it gets,” author Aravind Adiga's debut novel The White Tiger serves as the discussion point for the latest Get Lit event at the Bettendorf Public Library, with attendees exploring the work that earned Adiga the 40th Man Booker Prize and a New Yorker rave for "his appealingly sardonic voice and acute observations of the social order.”

First published in 2008, The White Tiger provides a darkly humorous perspective of India’s class struggle in a globalized world as told through a retrospective narration from Balram Halwai, a village boy. In detailing Balram's journey first to Delhi, where he works as a chauffeur to a rich landlord, and then to Bangalore, the place to which he flees after killing his master and stealing his money, Adiga's novel examines issues of religion, caste, loyalty, corruption and poverty in India. ltimately, Balram transcends his sweet-maker caste and becomes a successful entrepreneur, establishing his own taxi service. In a nation proudly shedding a history of poverty and underdevelopment, Balram represents, as he himself says, “tomorrow,” as USA Today opined, “This debut novel from an Indian journalist living in Mumbai hit me like a kick to the head – the same effect Richard Wright's Native Son and Ralph Ellison's Invisible Man had. No hyperbole.”

His other novels being 2008's Between the Assassinations, 2011's Last Man in Tower, and 2016's Selection Day, Madras native Adiga began his writing career as a financial journalist, interning at the Financial Times. With pieces published in the Times and Money magazine, he covered the stock market and investment, interviewing, among others, Donald Trump. His review of previous Booker Prize winner Peter Carey's book Oscar & Lucinda appeared in the online literary review The Second Circle, and Adiga was subsequently hired by Time magazine, where he worked as a South Asia correspondent for three years before going freelance – a period in which he wrote The White Tiger. As noted in the San Francisco Chronicle, “Adiga's training as a journalist lends the immediacy of breaking news to his writing, but it is his richly detailed storytelling that will captivate his audience.”

Discussion of The White Tiger will begin at 7 p.m. on January 8, there is no charge to attend, and more information on Get Lit and other library programs is available by calling (563)344-4175 or visiting BettendorfLibrary.com.