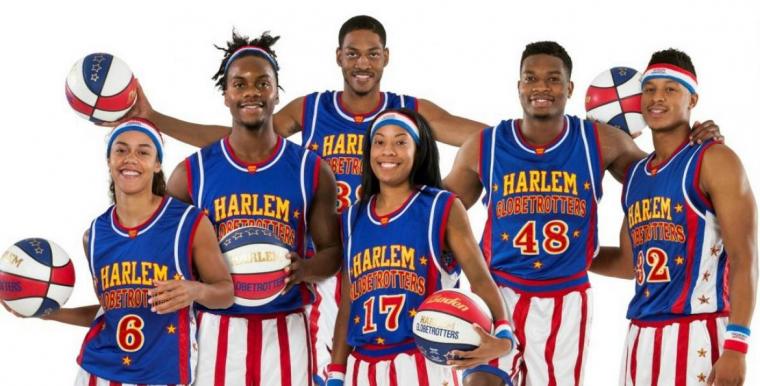 The Harlem Globetrotters at the TaxSlayer Center -- April 13.

Abe Saperstein founded the team in 1926, and the Harlem Globetrotters played their first road game in Hinckley, Illinois, on Jan. 7, 1927. Defeating the Chicago Bruins in 1940, the Globetrotters won their first World Basketball Championship, and in 1948 and 1949, the team stunned the world by twice defeating the World Champion Minneapolis Lakers. They were socially influential and quickly became recognized as the world’s best basketball team, showing that African-Americans could excel on a professional level.

The victories over the Lakers accelerated the integration of the NBA, as Globetrotter Nathaniel “Sweetwater” Clifton became the first African-American player to sign an NBA contract, joining the famed New York Knicks in 1950. The Globetrotters also embarked on their first-ever international tour in 1950, played before their largest crowd ever – 75,000 – at Berlin’s Olympic Stadium in 1951 and finished the decade with their first-ever trip to the Soviet Union in 1959. Wilt Chamberlain was part of the historic Soviet Union tour, as the Hall of Famer played a full season with the Globetrotters in 1958-59, and after starting his NBA career, he still played parts of several other seasons with the Globetrotters, joining the team when he could between NBA seasons.

The Globetrotters went on to enjoy immense popularity in the ‘70s and ‘80s. The Harlem Globetrotters cartoon show on CBS earned some of the highest ratings in the history of Saturday-morning television, the team also had their own live action Saturday morning variety show, The Harlem Globetrotters Popcorn Machine and appeared numerous times on ABC's beloved Wide World of Sports. To date, the basketball legends have played more than 26,000 exhibition games and entertained more than 148 million fans in 123 countries and territories – introducing many to the sport of basketball for the very first time – and currently play over 450 live events worldwide each year.