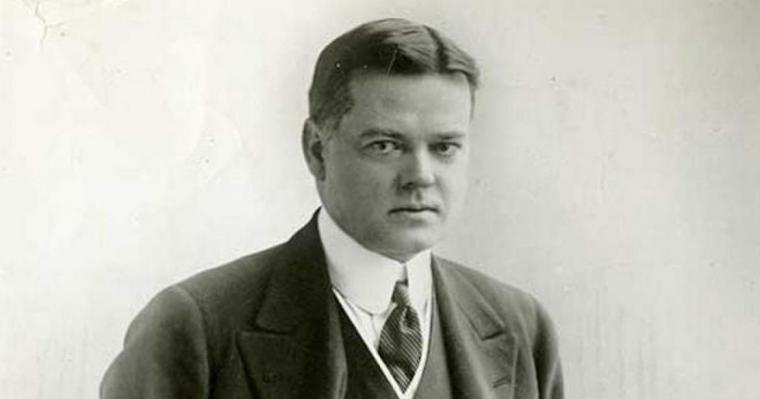 Delivered as part of the Davenport Public Library's virtual 3rd Thursday at Hoover's Presidential Library and Museum programming, noted historian and author Jeffrey B. Miller will present the October 15 Zoom webinar Heroism and Humanity Behind German Lines, sharing insights on the World War I Commission for Relief in Belgium (CRB), Herbert Hoover's humanitarian efforts, and the young idealists who interrupted their lives to serve the CRB for no pay.

Miller has been a writer, editor, and author for more than 40 years, with his career achievements including the starting six city, regional, and national magazines, employment as editor-in-chief of five in-flight magazines, and serving as director of communications for AAA Colorado. His book career started in 1983 with his first release Stapleton International Airport: The First Fifty Years, the first history book written about a major U.S. airport. In 2000, he co-authored Facing Your Fifties: Every Man's Reference to Mid-life Health with Dr. Gordon Ehlers, which was one of only three health books that Publishers Weekly included in its “Best Books of 2002” roster.

Regarding the CRB and Hoover's involvement in it, Miller became interested in this little-known humanitarian relief program through stories told to him by his grandparents. Miller's grandfather was one of the CRB men who went into German-occupied Belgium to supervise the relief efforts, and his grandmother was a 22-year-old who worked on the Belgian side of food-relief efforts. After they passed away in the early 1980s, Miller received an inheritance of all their diaries, correspondence, and photos from that time, setting the author on a path of discovery to learn not only about his family's role in the relief efforts, but about the CRB, Belgium, and World War I. He ended up traveling across the country conducting research during multiple decades, and has now has studied the lives of approximately 50 of the people who participated in the CRB. He has also studied the Belgian leaders of the underground newspaper, La Libre Belgique (The Free Belgium), and has included their story in his book WWI Crusaders, named among Kirkus Reviews' “Best Books of 2018.” Miller also earned “Best Books of 2014” mention for his 2014 account of the CRB Behind the Lines, which Kirkis called “an excellent history that should catapult Miller to the top tier or popular historians.”

Heroism and Humanity Behind German Lines will be delivered via Zoom webinar at 6 p.m. on October 15, the event is free to the public, and registration is available by visiting Bit.ly/dpl-thirdthirsdayoctober. For more information on Jeffrey B. Miller's presentation and the monthly 3rd Thursday at Hoover's series, call (563)326-7832 or visit DavenportLibrary.com.