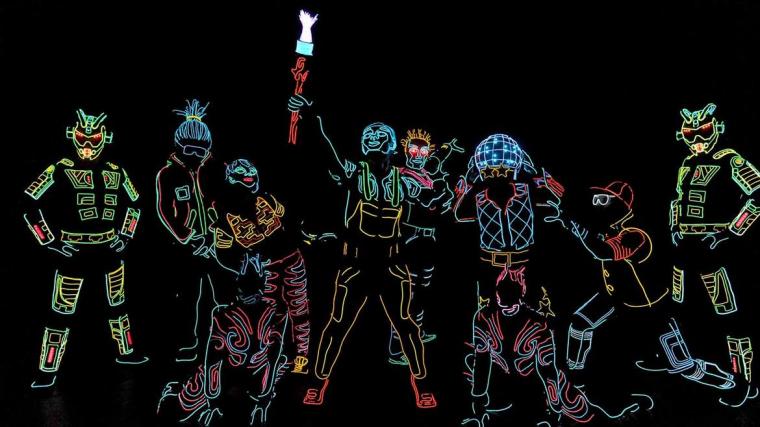 Described by TheBroadwayBlog.com as a “groundbreaking combination of storytelling, music, and technology” and Theaterlife as “an electrifying visual delight,” the dance-fusion ensemble iLuminate will light up the Rhythm City Casino Resort Event Center on April 19 and 20, demonstrating why, in 2011, this singular sensation became a national obsession during its run on TV's America's Got Talent.

Launched in 2009, iLuminate is a New York-based entertainment-technology company that combines state-of-the-art tech with gifted artists who perform in the dark to create a wholly unique theatrical experience. Founded by dancer and software engineer Miral Kotb, the stage act enables performers, choreographers, engineers, technicians, stylists, and artistic directors to produce explosive performances with customized wireless-lighting programs. The results are extraordinary lighting effects choreographed with phenomenal dance moves that take viewers on an exhilarating ride. For the past 10 years, iLuminate's patented technology has been employed for numerous performances by Grammy-winning superstars such as Chris Brown, Christina Aguilera, and The Black Eyed Peas. Beyond its stint on America's Got Talent, the ensemble has also been featured on Dancing with the Stars, X Factor, and The MTV Video Music Awards, as well as daytime favorites such as The Ellen DeGeneres Show, Good Morning America and The Wendy Williams Show.

Having catapulted into international stardom, iLuminate has performed across the globe for a wide variety of events: headlining a show at the Cairo Opera House in Egypt; dancing at automotive shows in Canada and South Africa; participatin in Capezio's prestigious 125th-anniversary celebration at New York's City Center; and taking part in China's Hennessy Classivm Mega Event. Meanwhile, iLuminate's artists enjoyed a two-year off-Broadway run at New World Stage and have toured Mexico, Malaysia, Hong Kong, and throughout the United States, with two installments of their singular show delighting Crystal Cruises audiences on a weekly basis. In iLuminate's Davenport performance, crowds will groove to the music of artists such as Michael Jackson, Bruno Mars, James Brown, Janet Jackson, LMFO, and Sam Smith employed for a family-friendly tale of adventure and romance – what Promenade called “a heart-pounding, life-affirming, glow-in-the-dark extravaganza.”

iLuminate plays Davenport's Rhythm City Casino Resort Event Center at 8 p.m. on April 19 and at 3 and 8 p.m. on Saturday, admission is $20-45, and tickets and information are available by calling (844)852-4386 or visiting RhythmCityCasino.com.