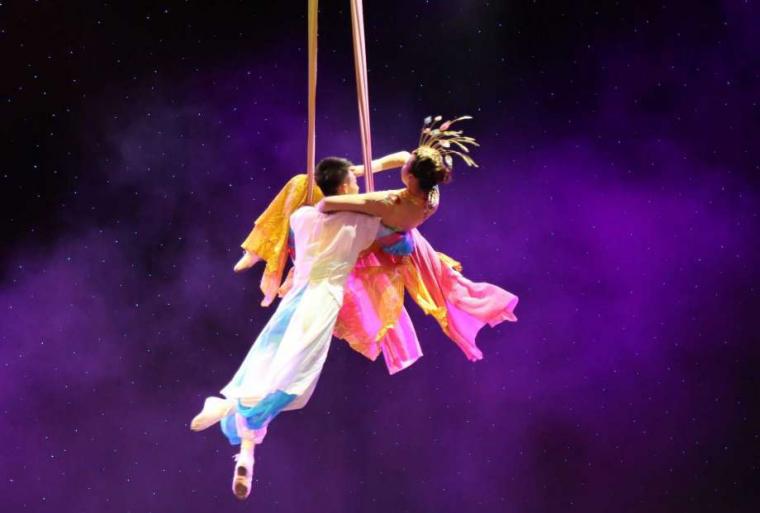 Deemed “fantastic” by CBS News and “breathtaking” by the New York Times, the touring sensation Imagination Journey makes its eagerly anticipated stop at Davenport's Adler Theatre on March 8, thrilling audiences of all ages with an evening of astounding aerial acrobatics, astonishing contortions, glorious costumes, and swooping and soaring musical compositions.

An award-winning production that features daring feats of human strength and spellbinding beauty, Imagination Journey travels with a cast of 30 world-class performers and is renowned for delivering edge-of-your-seat entertainment. Sold-out performances and standing ovations worldwide have quickly made this international show one of the hottest tickets in entertainment today. And with its elaborate costumes, dynamic sound and lighting – plus many of the world's greatest acrobatic talents assembled on one stage – Imagination Journey blends a modern multi-media theatre experience with the primal appeal of an old-fashioned traveling circus.

With its wide array of professional strongmen and -women, acrobats, contortionists, and aerial artists, plus stunts both awe-inspiring and joyous, the cast of Imagination Journey has been delighting fans around the world in this thrill-a-minute spectacle appearing for the first time ever in a Quad Cities venue.