“Introduction to Sikhism: Contributions and Challenges of the Sikh Community in the United States,” September 18 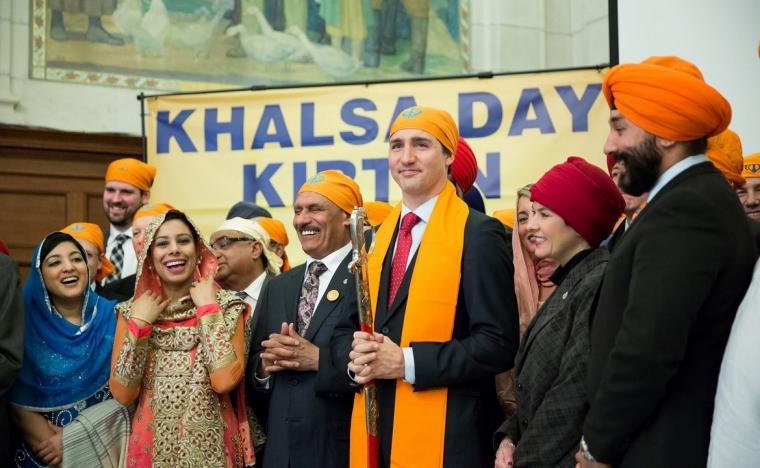 Introduction to Sikhism at the Bettendorf Public Library -- September 18.

For the first public engagement in the organization's 2018-19 lecture series, the World Affairs Council of the Quad Cities (WACQC) will, on September 18, offer Bettendorf Public Library visitors insight and information on a largely misunderstood religion in Introduction to Sikhism: Contributions and Challenges of the Sikh Community in the United States, a 90-minute presentation by the Sikh Coalition's Community Development Director Dr. Rucha Kaur.

Sikhism is the fifth-largest religion in the world, and the first Sikhs came to the United States over more than a century ago. But to this day, very few know about their Sikh American neighbors and community members, and even less about their religion. Kaur's presentation will provide a brief introduction to Sikhism, the Sikh American community, their beliefs, and their practices, and will also discuss Sikhs being targets of hate and racial discrimination, especially in the wake of the September 11, 2001 terrorist attacks.

The Sikh Coalition's mission, as found on SikhCoalition.org, states: “Through the community, courtroom, classroom and halls of Congress, we work to protect the constitutional right to practice your faith without fear. We strive to do this with integrity, selflessness and with the belief that our shared work holds a greater purpose.” Visiting speaker Kaur joined the Sikh Coalition in January 2018 as the Community Development Director, a role in which she's tasked to build and empower a national network of grassroots leaders to promote interfaith solidarity, defend civil rights, and raise Sikh awareness.

Prior to coming to the Sikh Coalition, Rucha served as the Associate Director at United Sikhs, where she led the organization’s public-health programs designed to reduce health disparities in the Sikh community through culturally tailored interventions that focus on prevention. She also continues to serve as a Steering Committee member of the New York State Oral Health Coalition, and holds a Masters Degree in Development Communication from Gujarat University and a Doctoral Degree in Communication Studies from Bowling Green State University.

Introduction to Sikhism opens the latest series of WACQC lectures, with future offerings including Mass Shootings in America: Causes & Solutions (October 23), Hollywood & the CIA (November 27), and Rohingya Refugee Crisis (January 29). Admission to the 7 p.m. presentation on September 18 is free, and more information is available by visiting WACQC.org.