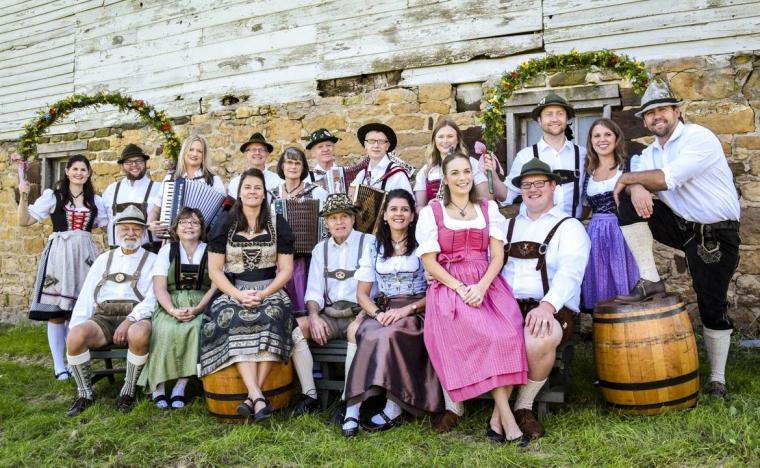 Delivered as part of the Davenport Public Library's virtual 3rd Thursday at Hoover's Presidential Library & Museum programming, the May 20 Zoom webinar Iowa's Communal Utopias will find Peter Hoehnle delivering a sweeping overview of different attempts by Iowans to create their own form of utopia featuring the Iowa Pioneer Phalanx, Salburia, the Icarian Communities, the Clydesdale Colony, Communia, and, principally, the Amana Colonies

The Amana Colonies are seven villages on 26,000 acres located in Iowa County in east-central Iowa: Main Amana, East Amana, High Amana, Middle Amana, South Amana, West Amana, and Homestead. The villages were built and settled by German Pietists, who were persecuted in their homeland by the German state government and the Lutheran Church. Calling themselves the True Inspiration Congregations, they first settled in New York near Buffalo in what is now the town of West Seneca. However, seeking more isolated surroundings, they moved to Iowa near present-day Iowa City in 1856.

For 80 years, the Amana Colony maintained an almost completely self-sufficient local economy, importing very little from the industrializing American economy. The Amanians were able to achieve this independence and lifestyle by adhering to the specialized crafting and farming occupations that they had brought with them from Europe. Craftsmen passed their skills and techniques on from one generation to the next, using hand, horse, wind, and water power, and made their own furniture, clothes, and other goods. The community voted to form a for-profit organization during the Great Depression, the Amana Society, which included the Amana Corporation, and today, the Seven Villages of Amana are a tourist attraction known for its restaurants and craft shops. The colony was listed as a National Historic Landmark in 1965.

The presenter of Iowa's Communal Utopias, Hoehnle is an Amana native who received his graduate degrees from Iowa State University. He has published widely on American communal societies, including volumes on Amana and the Shakers, served as President of the Communal Studies Association, and is a past editor of the journal Communal Societies. In 2003, he published his book The Amana People: History of a Religious Community, which is described on Amazon.com as “a treasure” that “gives an overview of the Amana community from its founding in Germany, first settlement in New York, and permanent dwelling in eastern Iowa.” Hoehnle's May 20 webinar will provide details about its specific communal groups, as well as a general overview of different communal movements in American history and how they influenced community builders on the Iowa frontier and beyond.

Iowa's Communal Utopias will be presented via Zoom webinar at 6 p.m. on May 20, the event is free to the public, and registration is available through the Davenport Public Library Web site. For more information on the virtual program and the monthly 3rd Thursday at Hoover's series, call (563)326-7832 and visit DavenportLibrary.com.