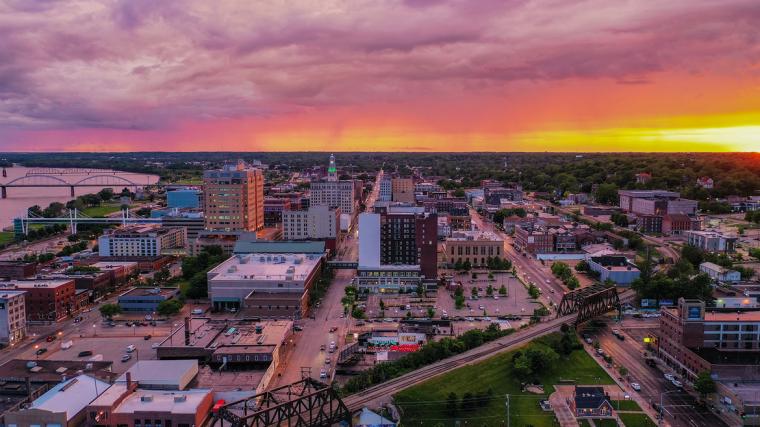 A remarkable 13,000 years of state history will be explored in a virtual event on December 16, with the Davenport Public Library hosting the online presentation Iowa's People & Places: A Program Commemorating 175 Years of Iowa Statehood. a fascinating webinar stroll through the centuries led by State Curator Leo Landis.

In this virtual program, Landis will highlight stories and artifacts from the exhibition Iowa’s People and Places, which opened at the State Historical Museum of Iowa in Des Moines on March 5, 2021. Patrons are invited to journey through 13,000 years of history in this exhibition that features both common and monumental events. American Indian settlements, statehood, court rulings, legislation, immigration, and elections all set the course for Iowans and still affect the state's citizens today. Iowa's history reflects the experiences of many people across the state who shaped, and were affected by, local and national events, and Iowa's People & Places takes visitors through an exploration of the stories and artifacts of the earliest people who called this land home, as well as more recent Iowans who have helped make the state truly unique.

Among the exhibit's highlights are: stone tools made by some of the earliest inhabitants of the land that would become Iowa; handcrafted Meskwaki beadwork; a love seat used by Norwegian immigrants in northwest Iowa; a medical bag used by Dr. Edward Carter, the first African American graduate from the University of Iowa medical college; artifacts from the life and career of astronaut Peggy Whitson; and an embroidered story cloth by a Hmong immigrant to Iowa.

Iowa's People & Places presenter Leo Landis is State Curator and Museum Curator for the State Historical Society of Iowa, where he has worked since March of 2013. He began his museum career at Living History Farms in Urbandale, Iowa; worked at Conner Prairie in Fishers, Indiana; and was a curator at the Henry Ford Museum & Greenfield Village in Dearborn, Michigan for eight years. Landis also worked as a curator and educator at Salisbury House in Des Moines, and earned a B.S. in history from Iowa State University, an M.A. in Historical Administration from Eastern Illinois University, and completed coursework toward a Ph.D. from Iowa State.

The virtual presentation Iowa's People & Places: A Program Commemorating 175 Years of Iowa Statehood will take place at 6 p.m. on December 16, participation is free, and an event URL will be sent to online attendees via registration e-mail. For more information, call (563)326-7832 and visit DavenportLibrary.com.