Jason Reynolds, May 2 and 3 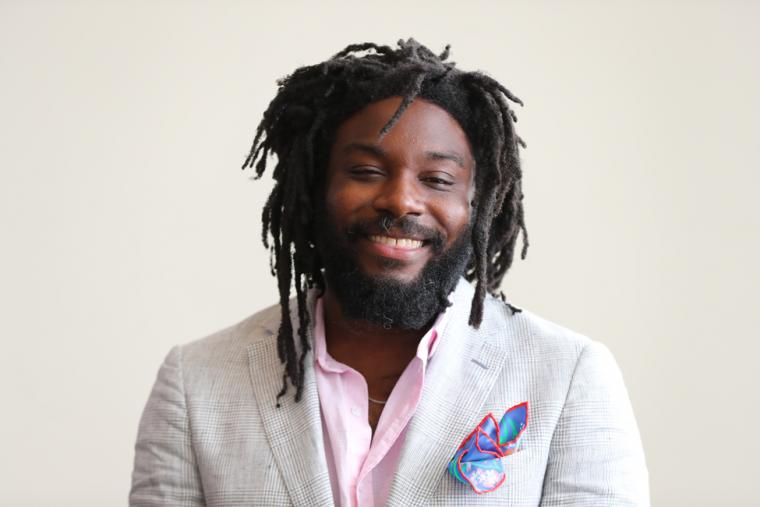 Jason Reynolds at the Davenport Main Library and Rock Island High School -- May 2 and 3.

Appearing locally in a special partnership between the Davenport Public Library and Rock Island Public Library, National Book Award finalist Jason Reynolds – the award-winning author of works including 2017's Marvel Comics novel Miles Morales: Spider-Man – will read from and deliver presentations on his literary output in a trio of special area engagements at the Davenport Main Library on May 2 and Rock Island High School on May 3.

Born in Washington D.C. in 1983 and raised in neighboring Oxon Hill, Maryland, Reynolds employed the rap lyrics of Queen Latifah as inspiration to begin writing poetry at age nine. He continued to focus on poetry for close to two decades, and released several poetry collections before the publication of his first novel When I Was the Greatest in 2014. For this debuting work of prose, Reynolds won the Coretta Scott King/John Steptow Award for New Talent, and seven more novels followed in the next four years, including 2016's Ghost and two books in what became his New York Times bestselling Track series: 2017's Patina and 2018's Sunny. Reynolds' 2016 novel As Brave as You, meanwhile, won the 2016 Kirkus Prize, the 2017 NAACP Image Award for Outstanding Literary Work for Youth/Teen, and the 2017 Schneider Family Book Award, with the Washington Post writing, “"Reynolds deftly blends humor and heart through lively dialogue and spot-on sibling dynamics.” And in 2017, Reynolds wrote the tale of a young, African-American web-slinger in Miles Morales: Spider-Man, a now-iconic figure in light of the Oscar-winning animated feature Spider-Man: Into the Spider-Verse.

Reynolds returned to poetry with 2018's Long Way Down, a novel in verse that was named a Newbery Honor book, a Printz Honor book, and the year's best young-adult work at the Mystery Writers of America's Edgar Awards. The author is on faculty at Lesley University in the Writing for Young People MFA Program, and as the Davenport Library's assistant director Lexie Reiling stated regarding the writer's area visit, “We are thrilled to be bringing Mr. Reynolds to the Quad Cities. After his novel Ghost was named as an All Iowa Reads selection for 2018, [we] could see right away how his books could speak to the diverse community we serve. We hope that this will be an opportunity for children and teens … to see themselves reflected in popular literature and for our citizens to be inspired by what is sure to be an engaging and exciting presentation.”

Jason Reynolds will read from his works and engage in audience discussion at the Davenport Public Library's main branch on May 2 at 6 p.m., and also at Rock Island High School on May 3 at 9:30 a.m. and 1 p.m. Admission to all of the author's public events is free, and more information is available by contacting the Davenport library at (563)326-7832 or DavenportLibrary.com, or the Rock Island library at (309)732-7323 or RockIslandLibrary.org.