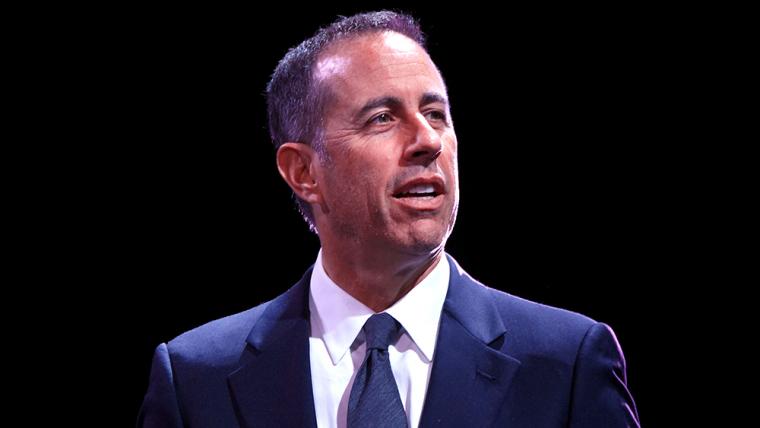 One of the most lauded and beloved comedians of all time makes his long-awaited return to the Adler Theatre on October 22 when the Davenport venue hosts an evening with Jerry Seinfeld, the legendary, Emmy-winning creator/writer/star of Seinfeld and the current Netflix smash Comedians in Cars Getting Coffee.

Born in Brooklyn in 1954, Seinfeld graduated from New York's Queens College in 1976 with degrees in communications and there, the fledgling comic having also performed early standup routines at Budd Friedman's Improv Club while still a student. Soon after Seinfeld's graduation, a successful set at New York City's Catch a Rising Star led to an appearance on a Rodney Dangerfield special for HBO, as well as a brief recurring role on the ABC sitcom Benson. His 1981 debut appearance on The Tonight Show with Johnny Carson resulted in frequent bookings on that show and eventually Late Night with David Letterman, and on September 5, Seinfeld's first hour-long special Stand-Up Confidential aired live on HBO. The following year, with his writing partner Larry David, the comedian created for NBC the sitcom The Seinfeld Chronicles, in which its star played a fictionalized version of himself and was famously billed as “a show about nothing.” Debuting in 1989 and finishing its nine-season as the most popular series on television, Seinfeld is widely regarded as one of the greatest and most influential sitcoms ever created, and has been ranked among the best television shows of all time in such publications as Entertainment Weekly, Rolling Stone, and TV Guide.

In addition to its massive popularity, Seinfeld won its star a 1993 Emmy Award for Outstanding Comedy Series and earned him an additional 12 nominations, with Seinfeld's other accolades for the show including an American Comedy Award for Funniest Male Performer in a TV Series, a Golden Globe Award for Best Actor in a Television Series – Musical or Comedy, and a Screen Actors Guild Award – shared with co-stars Jason Alexander, Julia Louis-Dreyfus, and Michael Richards – for Outstanding Performance by an Ensemble in a Comedy Series. In the 21 years since Seinfeld left the air, Seinfeld himself has made numerous guest appearances on television and has performed innumerable standup-comedy sets, with his credits also including the writing of the 2002 children's book and Halloween and voicing the lead in the 2007 animated comedy Bee Movie. Currently, Seinfeld hosts Netflix's comedy talk show Comedians in Cars Getting Coffee, which has thus far earned the performer three additional Emmy nominations.