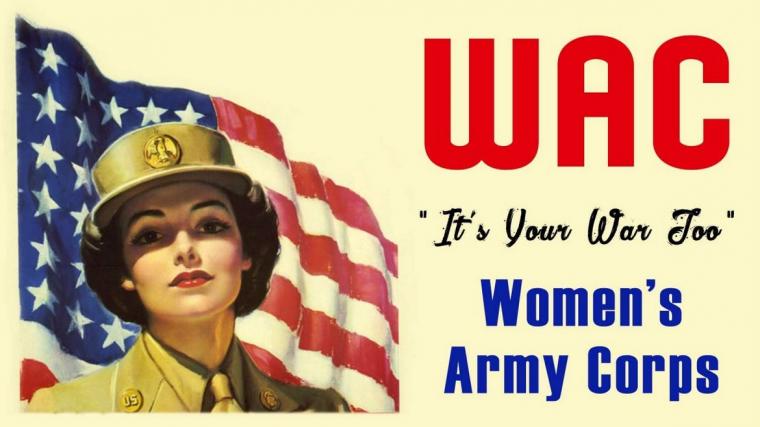 Members of the Women’s Army Corps (WACs) were the first women, other than nurses, to serve overseas in World War II, and Schaffer’s mother Mollie Weinstein Schaffer was one of them. Drawing upon excerpts from Mollie’s letters written home during the war, her daughter's presentation provides a romantic yet frightening glimpse into the life of a woman in uniform during this crucial time in history. Schaffer's presentation details Mollie’s experiences from basic training in Florida in October 1943 to the dramatic moment in which the Statue of Liberty came into view upon her return in November 1945. The virtual program also traces the footsteps of the women who served in Europe, following Mollie and her fellow WACs who were stationed in London before D-Day and during the post-D-Day German buzz-bomb attacks. The WACs were transferred first to Normandy, and then to Paris, after its liberation by the Allies, and after VE (Victory in Europe) Day, they served in Versailles. Finally, they traveled to Frankfurt, Germany, as part of the Army of Occupation, and witnessed firsthand the devastation of that country before returning to the United States. This presentation will invite contemplation of the vital and varied roles that women have fulfilled in the American military. 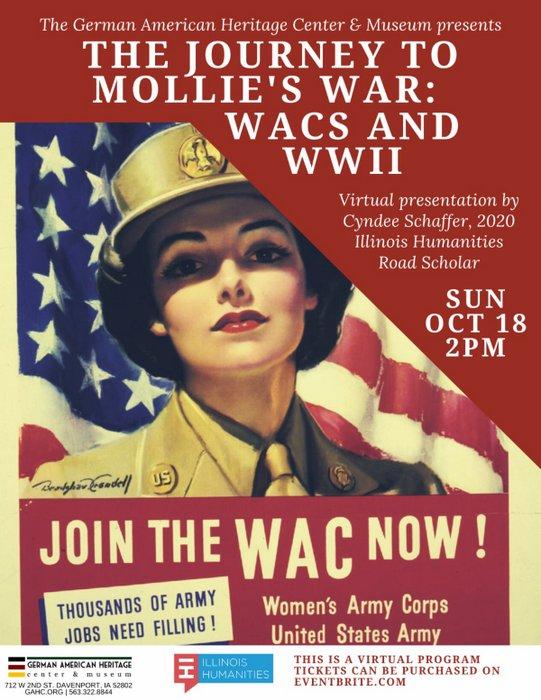 Presenter Schaffer collaborated with her 91-year-old mother to write a book based on the letters that her mother sent home to her family while serving as a WAC in Europe during World War II, and the award-winning 2010 publication Mollie’s War is the result of that endeavor. Schaffer, who serves as the editor of the Midwest Writers Association’s monthly newsletter, received a B.S. in math education from Northwestern University and an M.S. in curriculum development from DePaul University. Her work experience has taken her into three divergent careers: as a high-school math teacher in Chicago; as an IT consultant testing computer systems; and, finally, as a published author.

The Journey to Mollie's War: WACs & WWII will be presented at 2 p.m. on October 18, registration is free (though donations are encouraged), and a Zoom link will be sent to ticket-holders on the Saturday before the event. For more information, contact the German American Heritage Center at (563)322-8844 or GAHC.org.