“A Library Is Born: RIPL the Prequel,” November 29 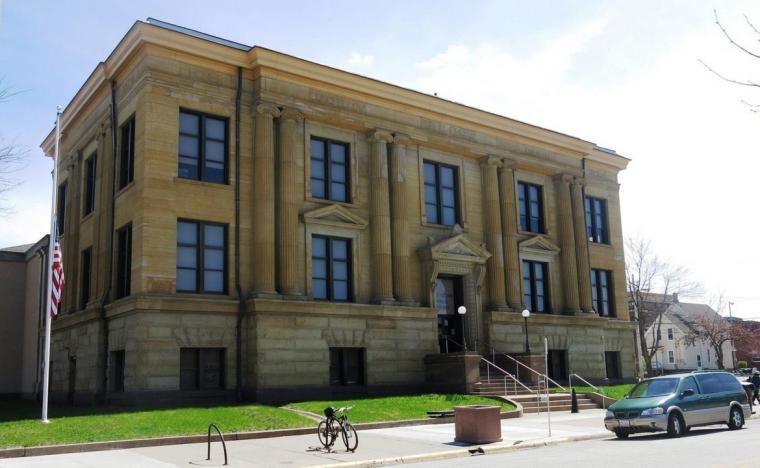 “A Library Is Born: RIPL the Prequel" at the Rock Island Public Library Downtown Branch -- November 29.

Before the Rock Island Public Library became a literally public library, there was a subscription library that started in 1855. And on November 29 at the downtown branch, the informative and engaging program A Library Is Born: RIPL the Prequel will take participants back to the very beginning, detailing the process that led to the building's 1872 opening as Illinois' first truly public library.

On June 23 of 1855, Joseph B. Danforth, the editor of the Rock Island Republican, printed an editorial explaining four reasons why Rock Island needed to start a public library. The following week, an anonymous letter was published in the Rock Island Argus (formerly the Republican) offering to give $100 to build a book collection if nine other men would promise to give an equal amount, and if the city promised to give the 10 men lifelong membership and a building to store the books. Because nine other men did not step forward to provide the funds needed to reach the $1,000 required to build a collection, Rock Island's citizens held a meeting to decide how a library could be created in Rock Island. That meeting created the Rock Island Library and Reading Room Association, a board of officers and a committee to draft a constitution.

As Illinois law at the time did not include a provision that allowed the city to tax the residents to fund a library, the board of officers decided the library would be open to the "public" as long as the man was a Rock Island resident and could pay the yearly membership fee. By that meeting's end, the men had raised $500 from their own personal funds and set up another committee designed to raise money for the library and a fee schedule. The library fees ranged from $3.00 for a yearly membership to $100 for a family lifetime membership as long as the children were under 21 years old. For unexplained reasons, however, the Association Library closed by the end of 1857, forcing library members to store the books in their own homes for safekeeping until another library opened in 1865.

In January of 1865, a notice printed in the Argus informed the public that there would be a meeting on the 16th for the purpose of creating a new library. An informal constitution and library board was created before the meeting in the hope that a new library would be created. The first meeting of the Young Men’s Literary Association was on January 23, and that night, a constitution was adopted and officers were elected. The yearly membership fee was set at $3 per year, and after setting the business of the library, the next step was to retrieve all of the books that were left at former members' homes when the Library Association closed in 1859, leaving about 1,500 books available for checkout. Almost 1,000 books were never recovered and lost forever in former members' homes. But in April of 1866, the library opened six days a week, and in 1872, the Young Men's Literary Association helped start the free Rock Island Public Library by giving the new public library their entire book collection.

A Library Is Born: RIPL the Prequel will be presented at the Rock Island Public Library's Downtown Branch on November 29, participation in the 2 p.m. program is free, and more information is available by calling (309)732-7323 and visiting RockIslandLibrary.org.