“Literary Heroines: Their Times, Their Fashions,” October 13 through January 6 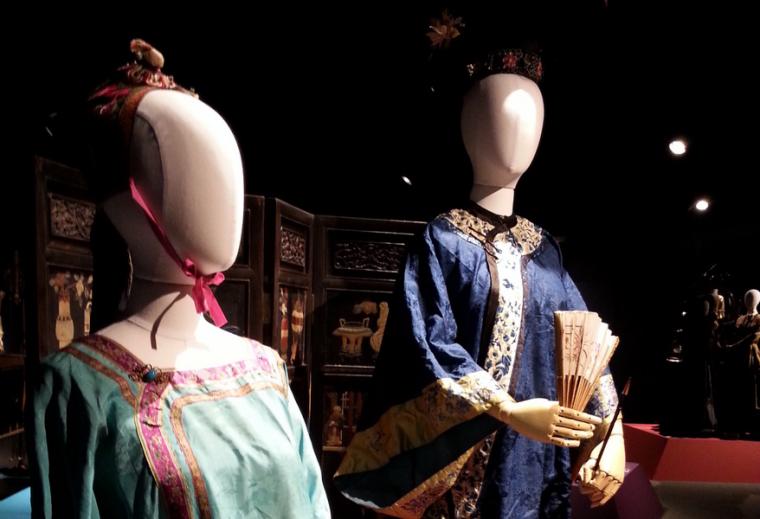 vignette for Lisa See's "Snow Flower and the Secret Fan" at the Putnam Museum & Science Center -- October 13 through January 4.

Heroic women, both fictional and real, will be celebrated in the Putnam Museum & Science Center's avidly anticipated Literary Heroines: Their Times, Their Fashions – an October 13 through January 6 exhibition notable not only for its breadth of clothing and period items from the museum's permanent collection, but for being the rare area exhibit that isn't making a local appearance as part of a larger national or international tour. As Putnam President and CEO Kim Findlay says, “We didn't find it – we created it.”

Describing Literary Heroines' origin, Findlay says, “Trustees at the Putnam are responsible for all aspects of what we do, and one of those aspects, of course, is preserving this incredible collection that our community has. And at various trustee meetings, we've been bringing items up out of the collection to refresh our minds: 'This is what you're helping to make sure lasts into the future, so people can learn from our history.'

“So one of the things that curators brought to the trustee meeting well over a year ago was a dress from the late 1700s, and the next day, one of the staff who attends board meetings said to me, 'That was so moving.' I said, 'Really?', and she said, 'Yes, because I've just been re-reading Jane Eyre, and that dress was right out of that period. So it brought the whole literary experience kind of into the human realm – being able to see clothing that the people of that era would have had.' And that just kind of set off a little idea in my head.

“At any given time,” Findlay continues, “only 5 percent of the museum's collection is out for people to see. We've got 200,000 items, but you can't peddle that out all the time – where the heck would you put everything? So we thought [Literary Heroines] could be a wonderful way to get objects from the collection out for people to see that – objects that they haven't seen maybe ever. The idea sort of reminded me of the Princess Diana exhibit from a few years back. What people thought about that exhibit initially was, 'Oooo, I get to see lots of her dresses!' But then after they went through the exhibit, people found it was actually a pretty emotional experience.” Findlay is hoping to inspire that same sort of emotionalism with Literary Heroines, which will feature displays and vignettes on 20 longtime and modern classics including Jane Austen's Pride & Prejudice, Harper Lee's To Kill a Mockingbird, Edith Wharton's The Age of Innocence, and Alice Walker's The Color Purple.

“One of the Putnam's mission points is connection,” says Findlay. “Connecting people to each other through shared memories and things like that. And books can create those shared memories. Take Little Women, for example. My mom read it as a girl, then she got it for me and I read it as a girl, and now I have granddaughters who have read it. That story resonates. So at the Putnam, we can bring this story, and this connection, to life, because we have clothing and items that the little women and their mom would have used in their day-to-day life.

“And in addition to having items from American history dating back hundreds of years, we also have items from around the world. We have vignettes on Snow Flower & the Secret Fan by Lisa See, Like Water for Chocolate, Memoirs of a Geisha – there are items from all of these coming out of the Putnam's collection. We have kimonos. We have robes from the Imperial City in China. So this exhibit is an opportunity to get many of these stunning pieces of wardrobe out into the viewers' eyes, and bring to life these books that we've loved for generations, or that we've fallen in love with more recently.

“And we found mannequins with articulated fingers,” Findlay adds. “So all of the mannequins are in action. Like with Mrs. Lincoln's Dressmaker or Little House on the Prairie, the mannequins are in dance poses, or getting on a bicycle, or at a sewing machine – they're doing things. So you aren't going to just see a dress hanging on a mannequin.” 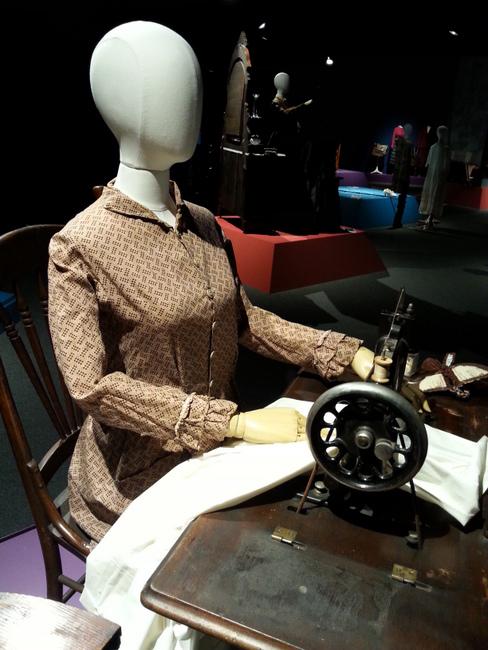 “And on certain weekends,” says Findlay, “we'll also have actresses at the exhibit sort of serving as docents and guides, and they'll perform snippets from the books.” So beyond seeing examples of beloved literature, museum patrons hear them in readings from such works as The Help, The Forest Lover … even the Harry Potter series.

“The Harry Potter dress did not come out of our collection, I have to admit,” says Findlay. “That we purchased. But we just couldn't leave Hermione out.”

Literary Heroines: Their Times, Their Fashions will be on display at the Putnam Museum October 3 through January 6, with regular museum hours 10 a.m. to 5 p.m. on Mondays through Saturdays and noon to 5 p.m. on Sundays. Entrance to the exhibit is free with $8-9 museum admission, and more information is available by calling (563)324-1933 or visiting Putnam.org.