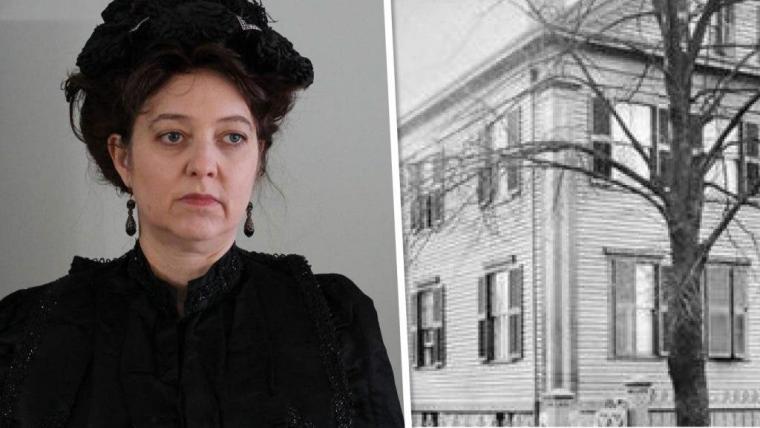 The life of one of the most notorious – and frequently most vilified – figures in American history will be explored on October 26 when the Moline Public Library hosts the hour-long solo performance Lizzie Borden, a virtual presentation in which Leslie Goddard, Ph.D., portrays the Massachusetts native tried for, and acquitted of, the 1892 ax murders of her father and stepmother.

On the morning of August 4, 1892, Andrew Borden and his second wife, Abby Durfee Gray, were murdered and mutilated in their home in Fall River, Massachusetts. According to reports of the time, Lizzie alerted the maid, Bridget, about her father's dead body, as the man had apparently been attacked and killed while sleeping on the sofa. A search of the home led to the discovery of Gray's body in an upstairs bedroom. Like her husband, Gray was the victim of a brutal hatchet attack. Policemen called to the scene suspected Lizzie immediately, although she was not taken into custody at that time. During the week between the murders and her arrest, Lizzie burned a dress that she claimed was stained with paint, although prosecutors would later allege that the dress was stained with blood and that Lizzie had burned the dress in order to cover up her crime.

She was consequently indicted on December 2, 1892, and Borden's widely publicized trial began the following June in New Bedford. Lizzie did not take the stand in her own defense, and her inquest testimony was not admitted into evidence. The testimony provided by others, meanwhile, proved inconclusive, and on June 20, 1893, Lizzie was acquitted of the murders. No one else was ever charged with the crimes, and Lizzie's place in history was effectively sealed with the creation of a popular rhyme of the period: "Lizzie Borden took an axe / And gave her mother forty whacks. / When she saw what she had done, / She gave her father forty-one."

In Leslie Goddard's October 26 program for the Moline Public Library, participants are invited to hear Lizzie’s story come alive as she talks about her life growing up in Fall River, her estrangement from her stepmother, and her troubled relationship with her father. Was Lizzie a desperate and unsettled daughter who resorted to murder, or an innocent woman who could never escape the trauma that destroyed her life?

An award-winning actress and scholar who has been portraying famous women and presenting history lectures for more than a decade, Lizzie Borden portrayer Leslie Goddard holds a Ph.D. from Northwestern University specializing in U.S. history and American Studies, as well as master's degrees in both theatre and museum studies. A former museum director, she is the author of two books on Chicago history, and currently works full-time as a historical interpreter, author, and public speaker. Beyond Borden, other historical figures that Goddard routinely performs in solo presentations include Queen Elizabeth II, Georgia O'Keefe, Amelia Earhart, Eleanor Roosevelt, Louisa May Alcott, Mary Todd Lincoln, and Jacqueline Bouvier Kennedy.

Goddard presents her virtual Lizzie Program program at noon on October 26, participation is free, and a Zoom link will be sent out 24 hours prior to the online event. For more information, call (309)524-2470 and visiting MolineLibray.com.