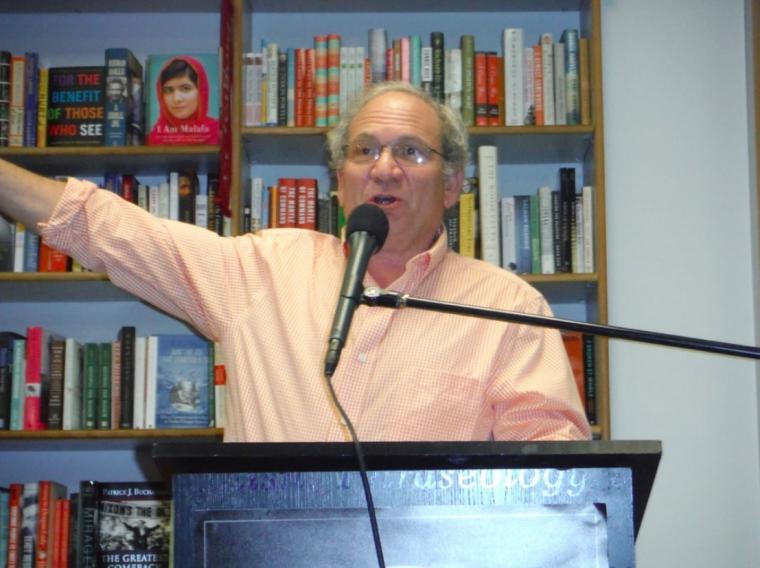 Reading from his critically acclaimed poetry collections as well as his forthcoming 2021 book, local author Salvatore Marici will be showcased in a virtual February 1 presentation hosted by the Davenport Public Library, the writer lauded by American Busboy novelist Matthew Guenette as “a sly poet devoted to the art of seeing.”

A retired civil-servant agronomist whose forthcoming publication is due later this year, Marici is the author of the 2012 chapbook Mortals, Nature, & Their Spirits and two poetry collection: 2014's Swish Swirl & Sniff and 2017's Fermentations: Poems of Garlic, Bread, Erotica, Nature, & Mundane. He served as the Midwest Writing Center's 2010 Poet-in-Resident, and Marici's poetry has appeared in Toasted Cheese, Descant, Spillway, Prairie Gold: An Anthology of the American Heartland, Earth's Daughter, and many others journals, magazines, and anthologies. Both the Lee County Alliance for the Arts and the Midwest Writing Center have published broadsides of his poems, the author has won several poetry contests, and in addition to teaching poetry workshops, Marici has frequently performed his works in the Quad Cities' monthly stage entertainment The Bucktown Revue.

Poetry Society of America National Chapbook Fellow Xavier Cavazos, meanwhile, raved, “The poetry collected in Salvatore Marici's Fermentations holds tight to a narrative which, like a voluptuous garden, requires constant attention to detail and language. Each poem that Marici plants, grows, and harvests in Fermentations is anchored in rich syntactical soil and sunlight. Fermentations is full of lyrical meditations on migration, pop-culture, religious wonderings, hunger, and war of the body, soul, and land. The reader is left well fed and satisfied. Poem after poem, Marici serves up language full of energy and delivers a poetics that is as aesthetically pleasing as a fine meal from a five-star restaurant. Get ready, dear reader. The table has been set. Enjoy the meal.”

Salvatore Marici's February 1 program begins at 6:30 p.m., and will be presented virtually using GoTo Meeting. Participation is free, and more information on the event is available by calling (563)326-7832 or visiting DavenportLibrary.com.