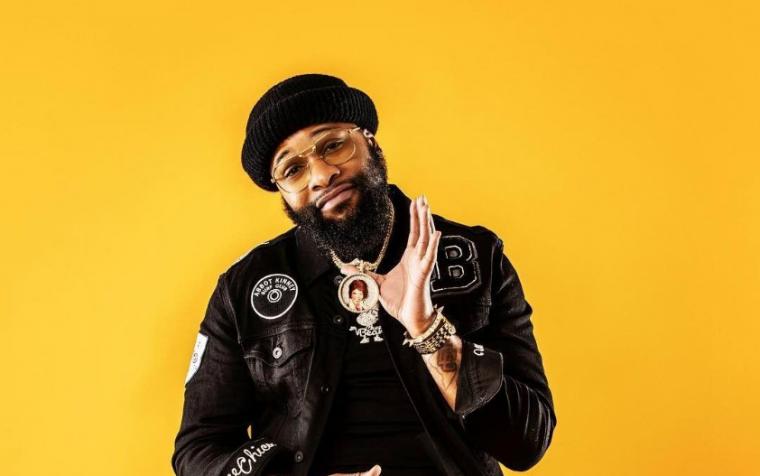 Chico Bean in the “Love & Laughter Comedy Show" at the Davenport RiverCenter -- February 13.

Delivered as a special Valentine's Weekend treat presented by Captain Entertainment and Whitball Entertainment, the Love & Laughter Comedy Show will enjoy a live audience at the Davenport RiverCenter on February 13, its headliner the nationally touring comedian and improv sensation Chico Bean.

Anthony Jamal Bean, better known by his performance moniker Chico Bean, is a comedian, actor, singer, writer, rapper, and producer best known for being one of the recurring cast members of the improv-comedy series Wild 'N Out on MTV, MTV2, and VH1. Bean is noted for creating and starring in The Freestyle Funny Comedy Show alongside former cast members Darren Brand and B-Dahl, and has also been a featured comic on the podcast 85 South Show alongside DC Young Fly, Karlous Miller, and Clayton English.

Having started his well-seasoned career in Greensboro, North Carolina, Bean enjoyed a successful run as an opener for Chris Wiles before becoming a founding member of The Freestyle Funny Comedy Show. The group has performed standup and improv at numerous comedy clubs, colleges, and universities, and after catching one of Bean's performances, Nick Cannon recruited the comic for his Fresh Faces of Comedy show. Bean went on to audition for the fifth season of Wild 'N Out and has been a cast member ever since, earning particular praise for his “Sucka MC Battles” with fellow cast member Miller, and his Wildstyle battle with rapper Safaree in the season-seven “T-Pain” episode. Bean was also a guest star on the game show Trivia Takedown in 2017, and last year, he hosted the 2020 BET Hip-Hop Awards alongside Miller and DC Young Fly. At present, Bean is one of the first four Wild 'N Out cast members – along with Miller, Emmanuel Hudson, and Conceited – to have been on the show for 10 seasons.

Chico Bean performs the Love & Laughter Comedy Show, alongside special guests Blaq Ron, Steve Brown, Maurice G, and QC Keen, with music for the February 13 event provides by DJ Captain and DJ Chuck. Admission to the 8 p.m. performance is $32-52, guests must purchase all seats within selected pods that will be spaced at least six feet apart for social distancing, and tickets are available by calling (563)505-6271 or visiting RiverCtr.com.