Virtual Presentation: “Behind the Scenes at 'Firing Line,'” February 25 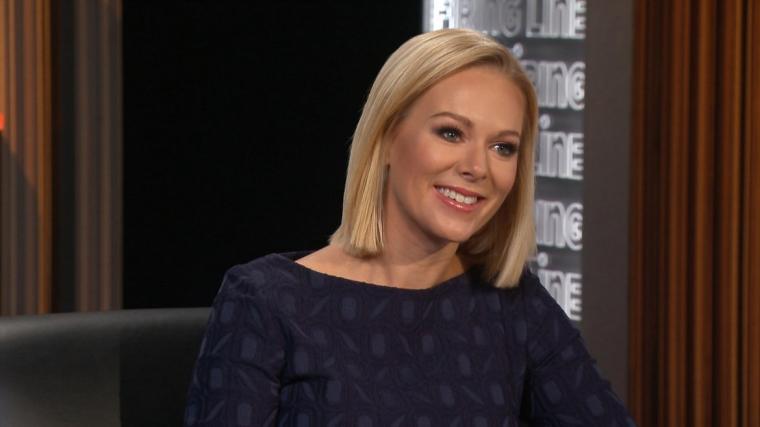 The Davenport Public Library presents Margaret Hoover and “Behind the Scenes at 'Firing Line" -- February 25.

A special presentation in the 3rd Thursdays at Hoover's Presidential Library & Museum series – this one taking place on the 4th Thursday of the month – the Davenport Public Library hosts the virtual program Behind the Scenes at 'Firing Line' on February 25, with Herbert Hoover's great-grandchild Margaret Hoover detailing how she was able to reboot the popular PBS series and pull in amazing guests to interview.

A conservative political commentator, political strategist, and media personality, Margaret Claire Hoover is the author of the book American Individualism: How A New Generation of Conservatives Can Save the Republican Party, published in 2011. She was born in Colorado the daughter of Jean Williams, a flight attendant, and Andrew Hoover, a mining engineer and earned a B.A. in Spanish literature with a minor in political science from Bryan Mawr College in 2001. Hoover worked for the George W. Bush administration as Associate Director of Intergovernmental Affairs in addition to working on the president's 2004 reelection campaign, and was Deputy Finance Director for Rudy Giuliani's presidential bid in 2006 and 2007. She also worked as a staffer on Capitol Hill for Congressman Mario Diaz-Balart, and has served as Advisor to the Deputy Secretary at the Department of Homeland Security.

Hoover currently hosts Firing Line with Margaret Hoover, a relaunch of National Review founder William F. Buckley Jr.'s public-affairs television show Firing Line that aired on PBS for 33 years, making it the longest-running public affairs show in television history with a single host. Hoover's version of the show premiered on June 2, 2018 on WNET, which serves the New York metropolitan area and is the largest PBS market in the country. The New York Times stated, “Under Ms. Hoover's direction, the discourse is civil and substantive",” and according to the National Review, "the reincarnation of Firing Line comes at an interesting time, and a needful one.” In May of 2019, for her work on Firing Line, New York's The Algemeiner Journal named Hoover its Journalist of the Year.

The virtual Behind the Scenes at 'Firing Line' program will be presented at 6 p.m. on February 25, and although the online event is free, registration is required. For more information and this and additional presentations in the 3rd Thursdays at Hoover's Presidential Library & Museum series, call (563)326-7832 and visit DavenportLibrary.com.