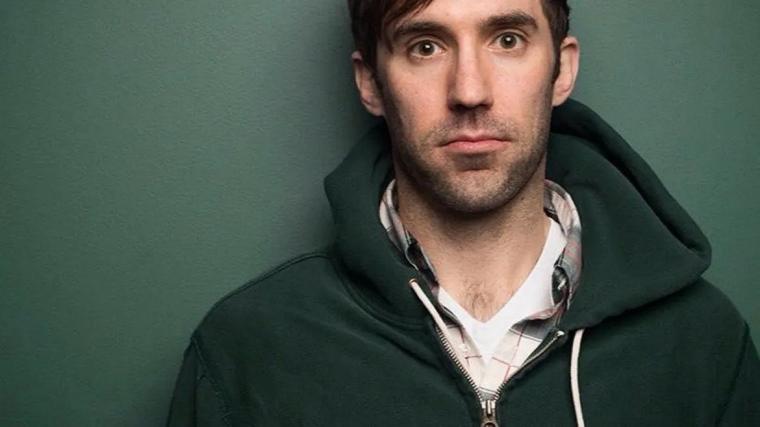 Praised by ChicagoNow for his “warm, engaging stage presence and inventive, impeccable joke writing,” touring comedian Michael Palascak brings his standup set to Davenport's Rhythm City Casino Resort Rhythm Room on May 26, the noted funnyman having performed at nearly 200 colleges and universities (including Davenport's St. Ambrose) over the years, as well as on talk shows including The Late Show with David Letterman, Kevin Hart's LOL Lounge, and Conan.

With New York's Post-Journal Jamestown raving about his “quirky sense of comedic timing” and the “vulnerability and honesty in his performances,” Palascak grew up in Wabash, Indiana, began his career in Chicago, and currently resides in Los Angeles. In addition to the honor of having performed on both The Late Late Show with James Corden and The Late Show with Stephen Colbert in the same year, the comedian's resume includes appearances on The Tonight Show with Jay Leno, The Late Late Show with Craig Ferguson, and A Little Late with Lilly Singh, and he presently participates in the National Lampoon video series The Bright Side, where he takes a positive stance on a negative topic streaming on YouTube. Palascak's talents were also showcased in a half-hour special for Comedy Central, and he was a top-five finalist on Last Comic Standing, inspiring judge Roseanne Barr to state, "My first impression of Michael was a great likability. This is a guy that could star in a sitcom."

Consistently writing and performing, Palascak recently released both a new album, The Internet Live through 800 Pound Gorilla, and a stand-up special – 1984 – on the Dry Bar app available for free streaming. The touring artist has also been the beneficiary of rave reviews throughout his career. Drew Hunt of the Chicago Reader wrote of Palascak, “In a lot of ways, he represents the ideal antidote to the sort of unbridled cynicism that pervades much of contemporary stand-up.” And according to Eponymous Review's Laurie Fanelli, Palascak "takes listeners on a funny, multifaceted journey of the countless ways he finds hilarity in his day-to-day life. From adequate cell-phone service to travel on a budget to the relationship between science and religion, Palascak examines each aspect of his life under a comedic microscope, magnifying the many ways that we are all united in ridiculousness."

Michael Palascak plays the Rhythm Room on May 26, admission to the 7 p.m. show is $15, and more information and tickets are available by calling (563)328-8000 and visiting RhythmCityCasino.com.