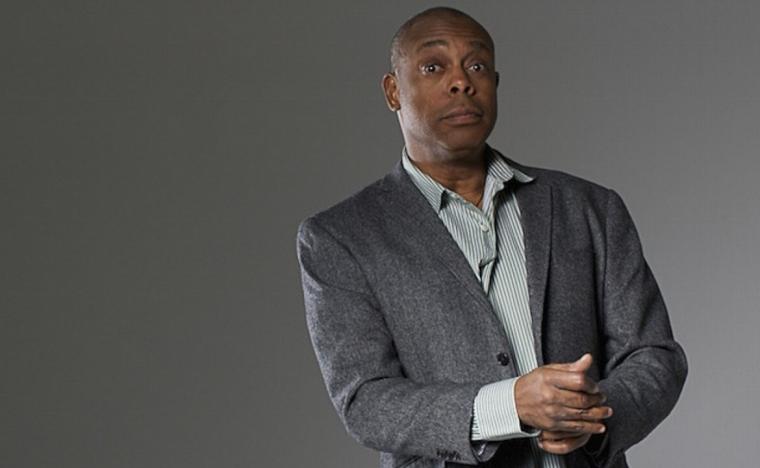 Internationally beloved for his memorable appearances in the seven Police Academy comedies, and a veteran of such other cult classics as Spaceballs and Cheech & Chong's Next Movie, standup comedian, actor, and beatboxer Michael Winslow takes the stage at the Rhythm City Casino Resort Rhythm Room for two performances on September 24, initiating the Davenport venue's 2020-21 comedy series and demonstrating why he's commonly referred to as “The Man of 10,000 Sound Effects.”

Born in Spokane, Washington in 1958, Winslow grew up at Fairchild Air Force Base, where he began imitating the sounds of engines, animals – as he has stated, “anything that made noise.” After college, he performed in nightclubs and theatres, where his sound-imitation skills won him positive appraisal and enough money to perform his act in Hollywood. Winslow's first television appearance was on The Gong Show, where his set found the comedian performing sound-alikes of the movie dog Benji, cast members from Star Trek, and a guitar riff from Jimi Hendrix's “Purple Haze.” Winslow's career breakthrough, however, came with his role as officer Larvell Jones in the 1984 sleeper smash Police Academy, where his gifts for vocal sound effects endeared him to audiences worldwide. The performer went on to appear in all six Police Academy sequels and its TV series.

In 1987, Winslow appeared as a radar operator in writer/director Mel Brooks' Spaceballs, which found the comedian performing all of his scene's sound effects and led to Brooks to praise Winslow for consequently saving his production money. Other film and television credits include Cheech & Chong's Next Movie, Nice Dreams, Grandview U.S.A., Robot Chicken, and, as the voice of Mogwai, Gremlins, and Winslow also debuted his own iPhone and iPod Touch apps in 2010, bringing his sound effects and comedy to a mobile platform. NoizeyMan, billed as the “World's Noiziest App,” contains video, ringtones, sound effects, and mini games all created by Winslow, and the artist has lent his vocal skills to the video games Wizard Ops Tactics and Grand Theft Auto: San Andreas.

Michael Winslow performs his standup set at the Rhythm City Casino Resort Rhythm Room at 6:30 and 8:30 p.m. on September 24, tickets are $20-25, and more information on the shows is available by calling (563)328-8000 or visiting RhythmCityCasino.com.